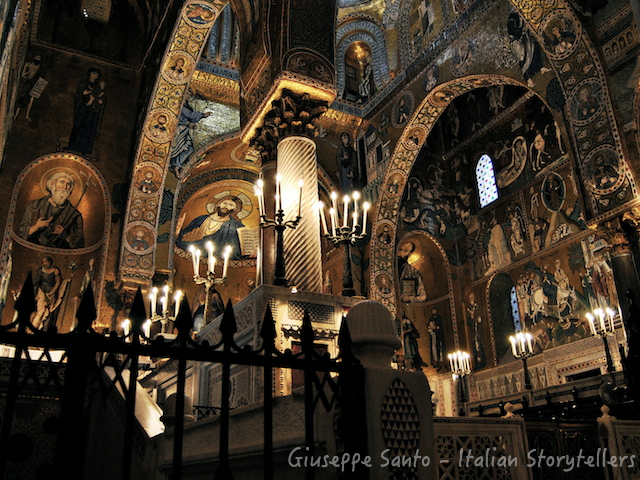 I bet you don’t even know Sicily well enough

Probably everything you know about Sicily, you learned it from movies or books. Surely you have seen too many times “The Godfather”, the undisputed Francis Ford Coppola’s masterpiece or too many episodes of “The Sopranos” and therefore you only identify Sicily as the cradle of the mafia. But life is not TV. After reading our blog you will discover that you have got the wrong idea about Sicily.

I will tell you a different Sicily that has nothing to do with the mafia, the illegality and the corruption. There’s much more. You will never read again this word on our blog. Sicilian people will take your heart with their hospitality and their kindness.

I will tell you about culture, history, art, sea, sun, beach, food, wine and beautiful people. After reading our posts you will want to visit Sicily.

A lot of “Sicilies” coexists in the same island. They often seem to be so far from the each other, but they are linked by an invisible and unbreakable thread. Sicily has always been a crossroads between the West and the Eastern Mediterranean and between Europe and Africa. From time to time Sicily was Greek, Phoenician, Roman, Byzantine, Arab, Norman, Swabian, Angevin, Aragonese, Spanish, Savoy, Austrian, Bourbon.

Like a sponge the island absorbed cultures, traditions and customs of its many rulers. A mix that has made it unique and immeasurable.

You can visit a lot of Greek ruins in Siracusa or Agrigento, feel the Arabian atmosphere in Palermo, admire the beauty of Sicilian Baroque architecture in the Eastern coast. Everything in one place. There are a thousand of Sicilies. It’s impossible to count and to know them deeply, because every time they change.

Like a diamond placed in front of the rays of the sun, Sicily can show a myriad of facets impossible to count, mysterious and incredibly valuable and fascinating. Now mix all these different cultures with the hot sun, with the African soil, with beautiful vegetation and you will get Sicily.

How many Sicilies do you know? Enjoy Sicilies!