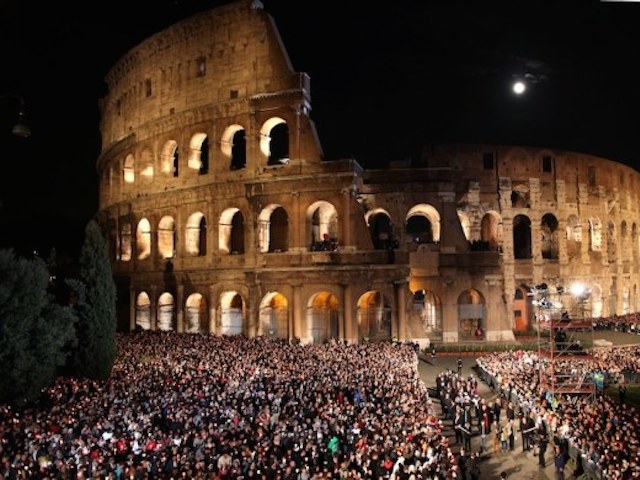 That Rome you don’t expect

Like the best Italian traditions, food and religious rituals are at the heart of this day that unites families and friends.

The day, for the Romans, begins with the long-awaited Easter breakfast. Awaited because it comes after the 40 days of Lent, a period in which food should be eaten in much reduced portions, and also because it is a huge breakfast that only happens (thankfully!) once a year.

In fact, this ritual represents the end of the Lenten fasting and the return to life, linked to the resurrection of Jesus. It starts by opening the chocolate eggs that one has had as a gift, discovering hidden surprises and giving thanks. The chocolate is then broken into pieces and put into a bowl in the center of the table to be eaten by everyone. The table is set with a white tablecloth representing the purity of Easter, and people sit together around it, all decorated.

The tradition wants everyone to consume hot chocolate (usually prepared by melting down bars of milk or dark chocolate), cappuccino, and “vin santo” (dessert wine). All of these drinks are there to accompany the food: chocolate pieces, Pizza Ternana (a kind of salted cake with cheese, or its sweet version, simple), boiled eggs, salami, ‘dove‘ cake, and, only for the true traditionalists and for the braves, ‘coratella’ – entrails of lamb cooked with salt, pepper, olive oil, fried onions and sage – with artichokes.

If breakfast is not enough, lunch is even richer and more nourishing.

The traditions related to religion are instead simpler, but more important. In Rome, in particular, on Good Friday, Via Crucis (literally ‘Way of the Cross’ in Latin) takes place at the Colosseum, led by the Pope in person and translated into 7 languages.

It ‘s the most important in Italy and attracts every year millions of people, including both tourists and locals. This historic Via Crucis takes place since 1750 and is considered a true pilgrimage. It starts from the Colosseum and, at the end of the 14 stations in which it is told and remembered the Passion of Christ, ends at the Temple of Venus on the Palatine Hill. A charming and suggestive frame, among the Roman ruins that help one’s imagination about finding himself back in the days. Among the ruins and firs, Calvary (another name for the “via Crucis”, taking the name from the mountain on which there was the Holy Cross of Christ) becomes a real show that only the Eternal City, a true witness of the centuries, can offer.