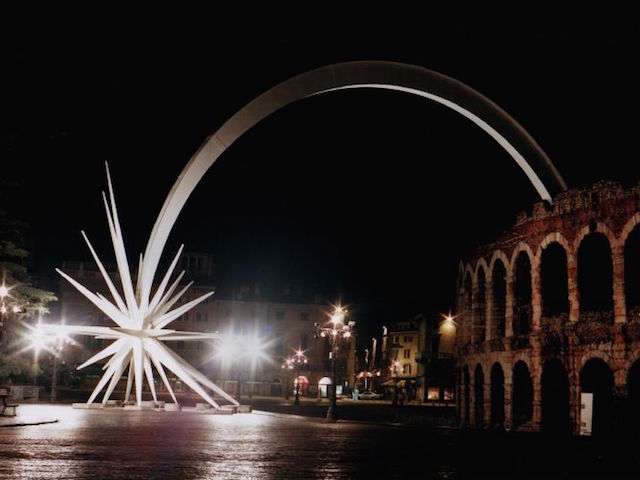 The tradition of Saint Lucy in Verona

In Veneto, Saint Lucy is more important than Santa Claus and I’m going to explain you the reason why.

December is, without any doubt, a magical month. Ancient traditions mingle with deep and strong Christian beliefs, creating a unique and charming atmosphere. Verona is a beautiful city all year long, but before Christmas is more fascinating than ever because of Saint Lucy or Santa Lucia tradition.

Saint Lucy is the protector of Sweden and many zones of Italy, as Verona of course. This saint woman ist wordly recognized as the patron of the ones that have problems with sight. Lucy died young in a very bad way (related to eyes… but I’m not going to explain it. It’s too cruel!) during the Christian persecutions (about 300 AD).  After her death, she became a symbol of light and brightness.

For this reason and in order to fight against pagan traditions still alive in that period, Saint Lucy’s day was placed in December, in that moment when natural light stop decreasing and start again growing some minutes per day. Saint Lucy’s day is known as the shortest day in the year but, as far as science is concerned, it is not so true. 13th of December is one of the shortest day ever but the magical atmosphere is guaranteed anyway.

The cult of Lucy arrived in Verona because of a very difficult disease that, in the XII century, hit the children of the city. Praying Lucy, the children recovered.

What does it happen in the city?

Children normally receive many presents that are taken not by Santa Claus but by Saint Lucy.

That kind of tradition is still well alive in a very big part of Northern Italy, such as part of Veneto, part of Lombardy (Brescia, Bergamo, Mantova) and part of Emilia Romagna (Modena, Reggio Emilia and very strong in Parma). It could be common in Verona to get presents and gifts only on Lucy’s day and not for Christmas.

Tradition says that Saint Lucy comes to town riding her donkey and all the city waits for this moment with hope and joy.

A big and interesting market takes place in front of the famous Arena for about 2 weeks before Saint Lucy’s day. This market is crowed but it could be the perfect opportunity to enjoy Verona and discover its special soul.