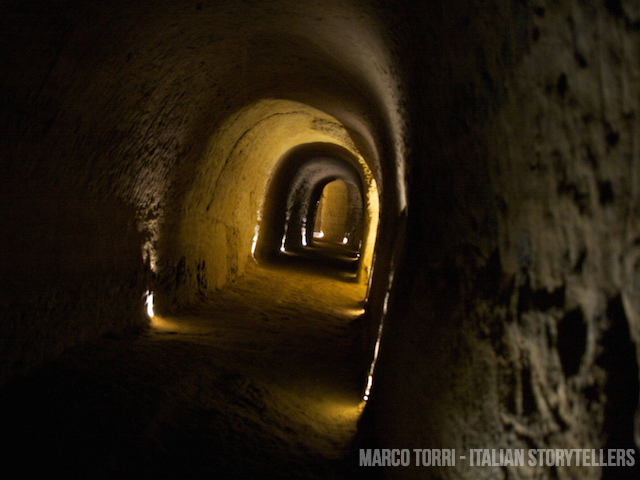 Santarcangelo di Romagna, birthplace of many poets and artists.

Santarcangelo of Romagna is one of the most characteristic towns in Emilia Romagna. When you walk through this small city you immediately have the feeling to be in the cradle of the culture of Romagna. Walking through the small streets and alleys you can feel how art, culture, history and traditions are right at home.

Tourists and visitors can sense this in its narrow streets and squares during the numerous events that mark the seasons. At any time of the year you’ll see how its historical centre is more alive than ever thanks to the beautiful monument of the past, original new monuments, historical buildings and excellent reasturants in the old town. You have to consider that Santarcangelo, despite having over twenty thousand inhabitants, it still retains a village atmosphere thanks to its hospitality and its cultural identity.

What can you visit?

If I were a tourist guide and I had only few hours to spend, I would start from the Ganganelli arch, built in 1777, the triumphal arch that honours Pope Clemente XIV. Santarcangelo was his native town and the arch celebrates his election to office. Crossing Ganganelli square and walking under the porticos after few minutes we arrive in Battistini street where you must not miss to visit the ancient Marchi workshop, famous for its traditional rust prints.

In the Middle Ages the town stood on the hill called Colle Giove where the typical layout of a fortified village can still be seen. In fact you will be impressed by the view of the Malatesta Fortress, an elegant and massive historical building that dominates the old town. Unfortunately the fortress can be visited by appointment only. Restarting the tour don’t miss the Campanone tower (19th century) because it was the oldest entrance to the first fortification. When you arrive in Santarcangelo from the outsides the Campanone Tower remains one of the town’s symbols and an unmistakable part of its skyline.

Under the old town inside the Colle Giove there are the tufa caves, visited only by appointment. The entire hillside is crossed by over 200 caves. Despite the studies, the origins and the function are not yet clear and there are a lot of theories about them. We know that someone used the caves for storing food and wine, and a lot of them were used as shelters during WWII. We are sure obviously that you will be impressed from the underground Santarcangelo.

During the seasons there are a lot of events to follow, but I would suggest the St. Michael’s fair in the last weekend of September. It is an ancient hunting fair known as the Bird’s fair, while today it changed its Mission to nature, ecology and animals.

Then don’t miss the St. Martin’s fair (around the 2nd weekend of November), one of the oldest and most important fairs in Romagna originally a Roman market. It is known as the Cuckolds’ fair and during this event a pair of cuckolds are hung under the Ganganelli arch. If you cross the arch and they move, the legend tells that probably you are victim of adultery.