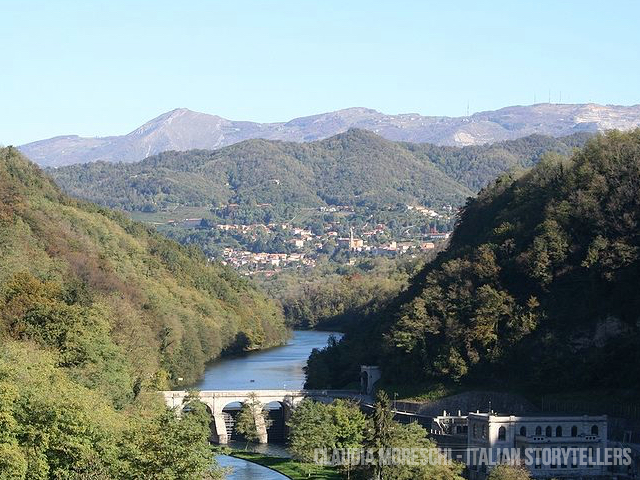 Along the river Adda, what will you stumble upon?

There is a river in Lombardy where nature, history and culture melt together in a happy way, whose landscapes inspired some one-of-a-kind masterpieces and have marked history. It’s the river Adda.

Following the course of the Adda is like tracing back the history of the Lombardy people, when it was the border of districts, authorities and states often opponents. The river is indeed cluttered with castles and fortresses, most of which still visible, as  in Trezzo d’Adda, Brivio and Cassano.

During the medieval ages in its bed it hosted the waters coming from the reclaimed land, lead to the creation of the Navigli (the system of canals around Milan), and became an important waterway for goods, connecting Lecco and Milan. Eventually, in the XIX century it turned out to be extremely important for the production of electric energy. The first generating station was created in 1898 in Porto d’Adda and 3 more after some years. They are one of the most valuable examples of industrial archaelogy, together with the worker village of Crespi d’Adda, today UNESCO World Heritage Site.

The river and Leonardo

Along its banks the river Adda had a very special guest: Leonardo da Vinci. He lived in Milan between 1482 and 1499 and again between 1506 and 1513. On this second occasion he lived for some time in Vaprio d’Adda, guest in the mansion of the nobleman Girolamo Melzi. From the wonderful terrace of the villa Leonardo repeatedly depicted the landscapes of the river Adda in sketches and paintings. Some of its most famous works, like The Virgin of the Rocks, now in the National Gallery in London, or St John the Baptist and and Saint Anne, hosted in the Louvre in Paris (someone says also The Mona Lisa) portray the surroundings of the river Adda.

Leonardo was not just a painter; he was also a tireless inventor, with a strong passion (among the many things) for hydraulics to which he devoted his whole life. Indeed he studied how to connect Lake Como with Milan overcoming natural barriers through a system of locks. It was thanks to him that the Paderno Canal was created. He also designed a boat quite similar to the nowadays boat (called indeed ‘Leonardo’s ferryboat’) still in use today.

Leonardo’s ferryboat is one of the peculiarities of the river Adda: it’s a very particular kind of ferry, moved by hand along a steel cable, built following Leonardo’s designing sketches. The only example of this kind still operating nowadays is between the bank of Imbersago and Villa d’Adda.

A museum along the banks

This extraordinary context of story and nature is now the ‘Ecomuseo Adda‘, an eco-museum (that is an outdoor museum) also created thanks to the European Union that included it in the ‘Historic Canals – Living waterways’ project.

But what is an ecomuseum? It has no doors, no entry ticket but it’s a real outdoor museum scattered around a wide area between the provinces of Milan, Bergamo and Lecco.  The Adda Ecomuseum doesn’t display a collection but a review of the facts that make up the soul and identity of the Adda and of its community. It shows evidence of a centuries-old cooperation between willing water and industrious people.

What not to miss in the area

The amazing banks of the river Adda – and its beautiful surroundings – are nowadays a green oasis that stretches for dozens of kilometers between Lecco and Milan. Absolute must-dos are: