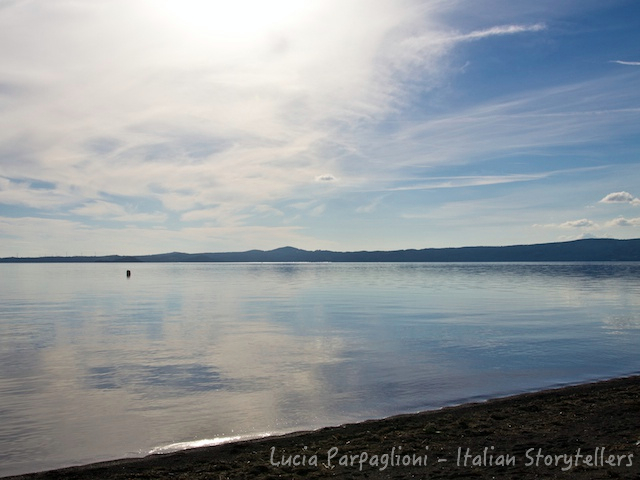 One of the most unkown Italian regions. Let us introduce you Lazio!

Perhaps one of the less known areas of Italy (excluding Rome), Lazio region has hundreds of treasures to offer: from sea to mountains, from cities to villages, from rivers to lakes, passing through pristine valleys and places marked by centuries of history. Landscapes, which melt and oppose, offer to the traveller striking and original views.

In addition this region has a unique feature: even within the city, the traveller may come across pristine landscapes, such as those in Villa Borghese in Rome and Villa d’ Este in Tivoli. It’s a region that hides a mysterious and unusual sides, with floating islands, blinking lakes, templar symbols, prints of saints and demons, haunted castles, ghost villages, mysterious caves…

Bathed by the Tyrrhenian sea and crossed in its heart by the Tiber River, beach and sun lovers can enjoy places like San Felice Circeo, Sabaudia, Torre Flavia, Gaeta and its caves, but also the most simple places such as Lake Bracciano and Lake Bolsena, where you can swim in the beautiful cleanest Italian waters.

Even thermal baths are very important, among the most famous of Italy for healing purposes as Fiuggi‘s, and most historical, such as Caracalla‘s thermal baths, in Rome. Less known are also the beautiful Pontine islands: Ponza, Ventotene and Palmarola which offer colors, perfumes and unchanging and unforgettable landscapes.

Not to miss are the ski resorts, where you can enjoy sports and excursions between and over the snow, like Mount Terminillo, Mount Livata and Campo Staffi. Places that even in summer offer the possibility of wonderful hikes, extreme sports or towns that have the taste of the distant past, such as Leonessa, beautiful to see and to live all the year round because of its many festivals.

How could we forget to mention the ‘Eternal City’?

Centre of the region, the city overshadows everything else. Historical, cultural and entertainment center. City to which is linked the history of Italy, of Europe, of the whole world, offering everything a visitor could dream. A city where no angle can be left unseen.

In addition to Rome, however, also Viterbo, the ‘City of Popes’, can’t be ignored, with its medieval districts and the building that has been part of the history of the Christian religion for years.

Lazio is the home to some of the most beautiful towns in Italy, such as Civita di Bagnoregio, Bolsena, Tarquinia, Cerveteri, Sermoneta… and many others.

Lazio’s food and wine is tied to the land and, above all, to the poor kitchen. This is the reason why the typical meat is lamb, roast pork, tripe, oxtail and ‘pajata’ (a sauce made from veal’s intestine); the wine is the ‘Romanella’, though is considered not a real wine because it’s made of different kinds of grapefruit, but we havo also true wines as the Montefiascone Est! Est! Est!; the pasta dishes are ‘Carbonara’, ‘Amatriciana’ and ‘Cacio e Pepe’.

The pride and joy of our cuisine are also the Roman Artichokes (also famous as Jewish artichokes cooked in the Jew Ghetto of Rome), Monti Cimini’s chestnuts, Gaeta’s olives and the olive oil from the Sabina Way.

Lazio is a place with an important story, which marks its every corner, and this is the most beautiful thing: living and seeing the presence of those who were there before us emerges everywhere.

A region to feel with heart and senses.