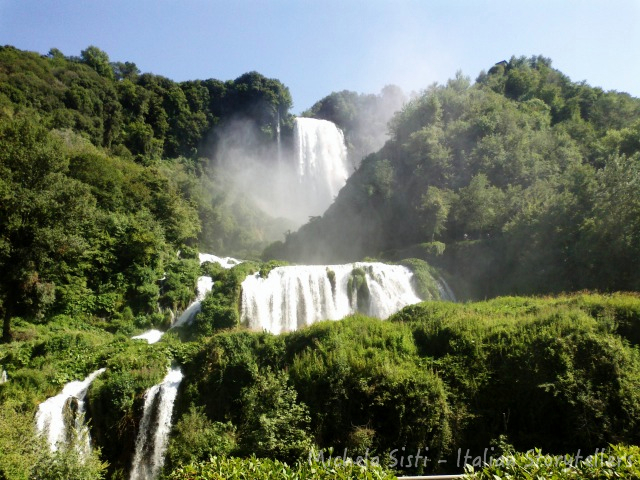 Looking for a place to live a genuine and relaxing experience? Umbria is all you need!

The better I know Umbria, the more I love it: this is the reason why I’m very happy to start my adventure as Italian Storyteller and show you my native region through my eyes.

Umbria is one of the smallest region of Italy and it has kept alive many of the most ancient Italian traditions: it’s the perfect place for who wants to relax, live spontaneously and spiritually in touch with nature and live a fascinating jump in the past.

This is a land of history, art, intact and lush environment, small charming villages and medieval castles, mystic places like hermitages and convents deep in the green countryside, but also of an extraordinary gastronomic abundance and a rich calendar of festivals and cultural events.

Now I’m going to present you my beautiful region in my way!

Umbria is… history, art and culture

Umbria conserves clear marks of its thousand-year old history: Umbrian, Etruscan and Roman civilizations first, then the magnificent periods of the Middle Ages and the Renaissance.

The Middle Ages are still alive here. In fact you can immerse yourself in that ancient atmosphere thanks to a lot of fortress and castles, placed in unforgettable landscapes. During the feudal times Umbria was a crossroads of cultures and armies on their way to conquer Rome and also the scene of conflicts between feudal lords and of the dispute between Empire and Papacy.

During the centuries Umbria has been at the center of historical, cultural and religious events, so its cities had an extraordinary flourishing and collected a rich heritage of artistic and archeological wonders; today, you can visit here more than 250 cultural attractions.

History and nature are well balanced in this region: next to cultural traces, you can enjoy enchanting landscapes and numerous natural protected areas, such as the Monti Sibillini National Park or the Tiber River Valley.

Water is an essential element of Umbria: even St Francis used to call it ‘Sister Water’, but it could be also called ‘mother’ because the Umbrian, Etruscan and Roman civilizations were born along the Nera and Tevere rivers, that were used in the ancient times as commercial routes and for the creation of cities and bridges.

One of the most magnificent masterpieces created by the water is the Marmore Waterfall: with its 3 drops, it is 165 meters high, it was realized by the Roman consul Curio Dentato in 271 B.C. and it’s formed by the Velino river that falls down into the Nera river below.

Water also represents a way to be in contact with nature, because the union with earth and air creates a perfect natural environment for sport: rafting and canoeing, rowing and canyoning, but also hang-gliding, rock climbing, bird watching, speleology, biking, trekking and much more…

Umbria is… a mystic place

Umbria has many places deeply connected with religion and spirituality and the stop-offs of this itinerary spread over the centuries: from Assisi with St Francis, known worldwide as Patron of Italy, to Norcia with St Benedict; from Terni with the Patron Saint of Lovers St Valentine to Cascia with St Rita, known as the Saint of “impossible cases”.

Many hermits chose grottos and woods of the Umbrian countryside as places where they could pray in touch with a contemplative nature, that invites to meditation and promotes peace and quiet, and where to build their churches, monasteries and convents.

Umbria is… food and wine

You can’t visit Umbria without trying its gastronomic proposals: tasty and wholesome dishes of the country tradition, extremely connected to the identity of the region, wines with prestigious labels and excellent olive oil.

Do you know  the prestigious magazine “Wine Enthusiast” that has crowned Umbria among the 10 best wine travel destinations of the world?

Food and wine can lead you in a journey through local usages and customs, because the culinary culture is deeply entrenched in the life of local people and represents tradition and innovation at the same time.

Umbria is… a land of festivals and events

As I’ve already told, Umbria is a land rich in art, traditions, spiritual atmosphere and beautiful environments: these are the factors that, together with the abundance of gastronomic specialties, explain the context of the recreation of historical events and festivals.

They offer the perfect situation to create a direct contact with customs and moments of the past.

Would you ask for more?

One Reply to “Talking about my Umbria”