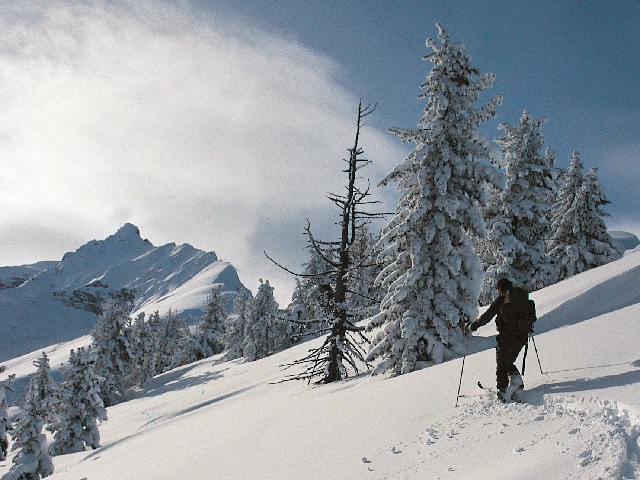 Do you dream of leaving your traces in fresh snow? No matter if skis or snow shoes, slopes or untouched paths – in Piedmont you can combine your choice with unique to the region culinary experiences.

Why the Piedmontese are specialists in snow?

The Piedmontese are proven experts in snow: Turin, the region’s capital, hosted the XX Olympic Winter Games in 2006. The region offers 53 ski resorts with 1,380 km of slopes for beginners and advanced skiers alike. Some resorts even offer night service – skiing under the stars and with floodlighting.

Snowboarders might remember Bardonecchia as the host of Olympic snowboard competitions. Ski resort Prato Nevoso is the host of Snowboarding Junior World Cup. Alagna in Valsesia valley, in the north of Piedmont, is considered a freeriding paradise.

You prefer cross-country skiing? Then you can enjoy an equal variety of slopes and places. More than 770 km of slopes invite fans of Nordic skiing styles.

Snow without crowds and lifts

Are you looking for repose rather than crowded slopes? Then skiing or hiking aided simply by your own muscles – ski touring or snow shoeing might be right for you. If you are new to this experience try a guided tour with a mountain guide to familiarise yourself with the security aspects involved (snow conditions, necessary equipment, avalanche risks). Trying snow shoes does not take expert skills – you simply try them on and start walking. There is now experience needed.

Why Piedmont is gourmet heaven?

Gourmets appreciate Italy’s mountainous West for diverse reasons. Legendary are its hazelnuts – you might have heard of a certain world-famous spread containing hazelnuts and chocolate. Piedmont is home to excellent red wines such as Barolo, Barbaresco and Dolcetto or the white wines Roero and Roero Arneis and the sparkling white wine Asti Spumante which all complete every meal in a perfect way.

Did you know that Piedmont was the 1st region in Italy to ban genetically manipulated organisms? The region is known for its enthusiasm for traditional food varieties. The Slow Food movement has been founded here. In Piedmont the concentration on and preservation of existing and traditional varieties of foods, vegetables and domestic animals is viewed as an enrichment as the choice is indeed very rich – rather than a limitation. Once you move up north into the mountains more or less every mountain valley has its own specialities. Try the local meat which is low in cholesterol. Taste the regions’ cheeses many of them produced on local mountain pastures only. Better known cheeses include Gorgonzola and Taleggio. Do not forget to try Piedmont’s white gold – white truffles.