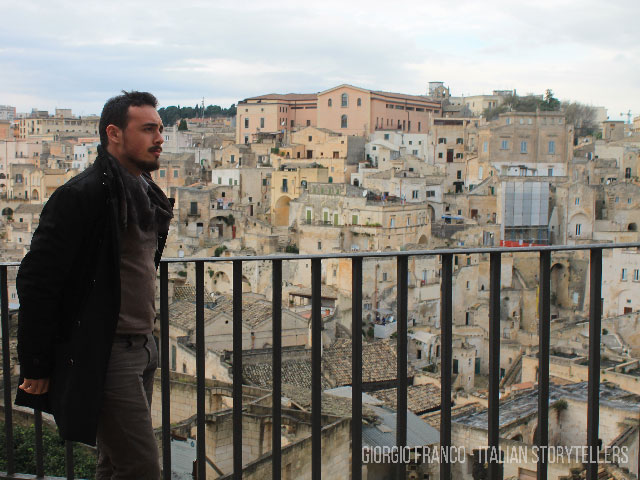 The disarming beauty of the Stones

Thanks to Mirabilia 2014, an event organized by the World Heritage Italian cities in November in Perugia, I could visit one of the most enchanting cities in Italy: Matera.

A millennial history that will be celebrated in 2019, when it will become European Capital of Culture. Ancient medal of the Greeks, the origin of the name is uncertain. Matera is the city underground. Mother subterranean, of the Sassi, are two: the Barisano and Caveoso. Sassi who look sliding the Gravina torrent. The atmosphere of the household they breathed even the ancient people, we think of the Murgia with ‘cave churches’. Tracks for centuries invisible to the eyes enemies.

Under the houses inhabited in the tuff, above the houses and palaces of the XVIII century. The beauty and charm draws much the similarity to a hive, not far from our tale of Pantalica.

Patience may make sprout the stones, on condition of being able to wait.

These are the words that you could share by Driss Chraibi, if you would visit Matera. An experience that you will leave a mark in your heart.

Example among all is that of Casa Cava. One underground space that was born as an old quarry of tuff. In 1988 the Onyx Jazz Club and other local associations developed a restoration project of one of the most majestic quarries. The project was a success, to the point of getting the state concession. Today is an auditorium, unique in the world to be completely excavated into the rock.

Since then the Stones began to be retrained. To start a new life in the unreal center of the ancient city. Matera has undergone a profound transformation from the sixties to date. What they were unhealthy places, have today become extraordinary luxury buildings. After World War II many laws allowed re-inhabiting the caves, where until then coexisted man and animals.

The people have always wanted to believe in the miracle. And this land as a good mother has listened to the prayers.
From faith to food. Another example of good use of the rooms carved into the rock we can see it in the local ‘L’abbondanza Lucana‘. Many diversified environments, before oratories, then rooms for the wedding and finally kitchens and halls in good taste.

Tourism is increasing vertiginously but still missing some infrastructures. The stones once abandoned act as a resplendent backdrop to anyone passing. Also from this real need arises the desire of the recovery and conservation of the rock.

The only sore point is the way to reach the city of stones. An hour’s drive from Bari and about 2 by taking the train.

The promoter of the cinema in Matera was Pier Paolo Pasolini, man, philosopher and commendable director. This has been a prophetic vision. The Gospel, according to Matthew, was the first film made, translated into 50 languages, the first chance in the world to learn about Matera. Latest achievements have been ‘The Passion of the Christ’ by Mel Gibson, or in the realization phase Ben Hur.

To small steps Matera is getting ready to 2019. Its churches, its quarries, its buildings and its starry sky. Everything with quite a few problems but with so much energy. For present the world as a genius loci, the jewel of the stones!

One Reply to “Matera, exemplary capital of culture”