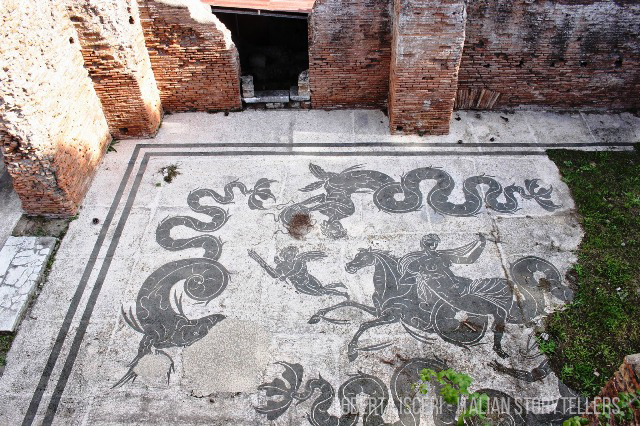 Welcome to the National Etruscan Museum in Rome!

As soon as you get into the National Etruscan Museum of Villa Giulia, you think about The Great Beauty, the Oscar-winning movie by Paolo Sorrentino. The director has indeed captured the soul of Rome, made of a huge and free beauty, like few other cities in the world.

The National Etruscan Museum is a gem hidden between bigger jewels but not less valuable. In front of you a splendid Renaissance garden opens with terraces, stairways and fountains… You are the only visitor. How is it possible? Yet the location is unique and products are invaluable: in Villa Giulia you can really take a step back in time, almost to the origins of our civilization.

The first thing you’ll notice is the contrast between the antiquity of the finds and the modernity of the glass cases that protect them. But behind those neutral glass windows, there are spiritual presences, which reveal the secrets of daily life and death of that mysterious people: the Etruscans. Looking at what is left of them, you feel an ancient and inviolable respect.

There are dozens of tools with which women marked their daily lives. The same of the Greek women: pottery, small vases and spindles (it seems that even in that culture the weaving was the female activity par excellence).

But the ‘celebrity’ of the museum is the Sarcophagus of the Spouses, a testimony of the eternal conjugal love. The lovers of terracotta, in their prime, watch the visitors, inviting them to their banquet. Husband and wife give off a hieratic serenity and a hint of benevolent irony.

There are several versions of Achelous, fluvial divinity of the Greek mythology penetrated in the Etruscan religion, here in the form of sculptures from different periods and workmanship. His features are diabolical and gentle at the same time.

You are moved by the Apollo of Veii, one of the masterpieces of Etruscan art, famous throughout the world. It seems that he is still contending  the deer with golden horns with Heracles, so dear to Artemis. The arms now mutilated by time don’t ruin detract his divine essence.

The National Etruscan Museum of Villa Giulia preserves the soul of a people which has now disappeared but also reminds us that we are passing too.

3 Replies to “A jewel in the jewel”