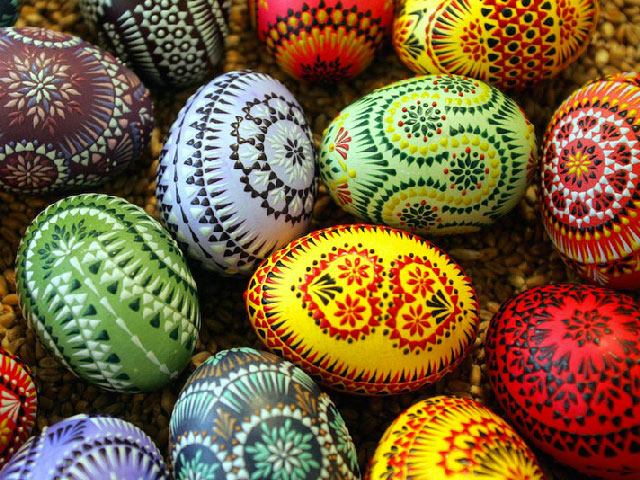 Which Easter event will you attend to?

Italy is an amazing country with thousand events every year and today I explain you how to spend Easter in Italy.

The events are so many that listing them all would be a real utopia. Today, we will do a round up of events not to be missed to feel like an Italian.

Easter is the most important celebration of Christianity, deeply felt in the South. It celebrates the resurrection of Jesus Christ and the date changes each year according to the lunar cycles. On 2018 it falls on the first Sunday of April. The period is preceded by a spell of abstinence and fasting of 40 days, Lent – Quaresima in Italian – that begins with the Ash Wednesday and invites you not to eat meat on Friday, the day commonly known for abstinence from meat by Catholics.

After a small excursion into the cultural traditions, I’ll show you the main events of Easter in Italy.

In Bormio, in the heart of Valtellina (Lombardy), every year of Easter Sunday is animated by ‘I Pasquali‘, an ancient folk and religious ceremony. At the sound of church bells, a long procession of shepherds and shepherdesses dressed as ‘bormini‘ reach the Church of SS. Gervasio and Protassio with a traditional parade of allegorical floats to be blessed. After the blessing they are exposed all day to be showed and awarded by a jury.

In Emilia Romagna, in Tredozio – a small town in the province of Forlì – there’s the traditional ‘Palio delle uova‘. A series of events in which the 4 districts of the town compete for. The most spectacular event is the eggs battle that involves districts in a race to launch 600 eggs!

Instead, the dove is the star of the famous celebration in Tuscany during Sunday holy, the Explosion of the Cart in Florence, since the time of the Crusade. The ‘brindellone‘, so it’s called the chariot of 2-3 floors, is pulled by two oxen up to Piazza Duomo.

The Cart, properly rigged with a suitable arsenal of fireworks, then awaits in front of the cathedral. From the cathedral’s altar, when the ‘Gloria‘ is sung inside the church, the Archbishop uses the fire to light to dove-shaped rocket (called the ‘Columbine‘ and symbolizing the Holy Spirit) and this in turns flies out down a wire to the outside of the church and Collides with the Cart in the square, setting off a spectacular firework display to the cheers of all, the Explosion of the Cart ensues!

In Sardinia, the Spanish rites of Alghero – Setmana Santa de l’Alguer – accompanied by the songs of Catalan origin and gosos in Sardinian (devotional songs), are the most important events of this region, the only island with Catalan language and cultural inspiration in Italy. Do not miss the ‘Processò dels Misteris’ on Good Friday, then they carry-on 6 statues symbol of Christ’s passion, among them the prestigious Christ of Alicante and the representation of the ‘desclavament‘ (bring down) of the statue from the cross.

In the area of Sassari, you can’t miss the Lunnisanti of Castelsardo, one of the most beautiful villages in Italy, which has its roots in the Middle Ages. A procession that goes through on Holy Monday, when they carried in procession the Mysteries, a moment where merges the religious commemoration of the passion with profane festival in honor of Spring.

We close with the largest island in the Mediterranean, Sicily. The religious perspective is one of the fundamental aspects of Sicilian culture that I have deepened in a village called Pietraperzia. Every year thousands of people turn out on Good Friday in this small town, in the province of Enna to take part in the procession of the ‘U Signuri di li fasci‘ (Lord of the bands), which attracts also many immigrants that come back at home on this time to honor a festival dating back to 1300 and where every family ties a knot, around the float, one of three hundred white bands of linen as vow to Christ.