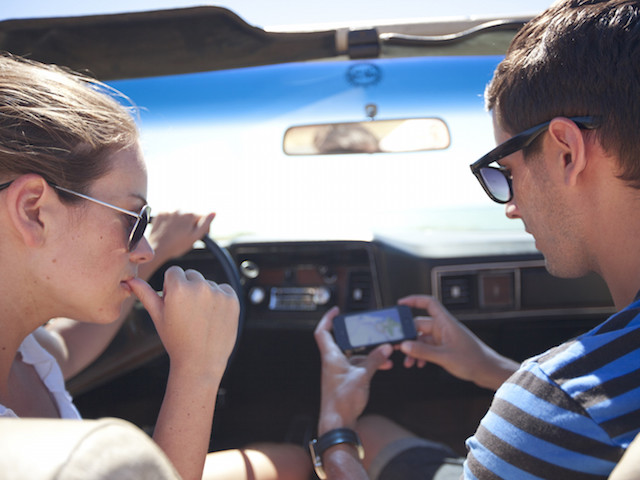 A multichannel information App that showcases all the excellences of Umbria. Ready for the download?

I’ve always said it: Umbria is an humble and genuine land, but extremely rich in food and wine tradition, natural beauties, art and culture, mystic places soaked with spirituality and – last but not least – international festivals and art exhibitions you shouldn’t miss.

In other words Umbria can satisfy all tastes and requests and the Region wants to help you discover it by means of UmbriaApp, the free digital communication tool dedicated to its main tourist cultural attractions.

If you say Umbria, you say ‘the green heart of Italy’ right? In this land of uncontaminated nature, waters are abundant and its thermal mineral springs were also celebrated in antiquity; today they create marvelous landscapes to admire, but also represent industrial and productive resources for the region. Acque dell’Umbria App wants to show you the territory and its resources, which characterize the history and the traditions of the region and have to be protected and valued in order to preserve their properties.

For those who love living nature throught outdoor sports, there’s another interesting App: Bike in Umbria is a regional guide with around 71 bicycle routes, divided into 3 main areas depending on their difficulty level (mountain biking, road bike and trails in stage).

And what about culture? Umbria has been a throbbing centre of historical, cultural and religious events that are proved by a dense heritage of churches, castles, archeological sites, monuments and – obviously – more than 150 public and private museums.

Umbria Museum & Monuments App helps you with schedules, axonometric plans, photos and other information; if you want to know the region by discovering its museum don’t forget to download this indispensable guide!

Speaking of Umbria’s origin, do you know that the first two main civilizations to live here were the Umbri and the Estruscan? About the latter, the region conserves many testimonies of their cities and necropolis and thanks to Segni Etruschi App they won’t have any secret for you.

Seven routes to travel by bike, the main Etruscan foods and recipes which we still prepare in these days and the augmented reality system that gives you even more information!

When you think of Umbria, you think of savory food and excellent wines? Umbria Enogastronomia App leads you in an appetizing journey through culinary excellences, discovering a selection of products that perfectly represent its territoriality.

If you want to taste Umbria when you come back home, you can also find some recipes with detailed explanation and informative basics!

If you are an handicraft lover you will be seduced by our traditional artisan products; there are several companies which conserve the long-time talent of manual work, representing the expression of Etruscan, medieval and Renaissance cultures, that have been kept alive thanks to ongoing studies and revival attempts.

The ceramic production, in particular, is world-renowned and represents an absolute value for tradition, innovation and design; Ceramica Made in Umbria is the App dedicated to it.

We can’t forget that Umbria is a destination of continuous pilgrimages; it’s a land rich in churches, monasteries, saints and convents and extremely pervaded by a sincere religious spirit; in particular, the whole world knows Assisi as the birthplace of Saint Francis, the Patron Saint of Italy.

The Way of St Francis App has been created toguide you along the spiritual pilgrimage route of the Franciscan experience (but with augmented reality!), running into the places that bear witness of its life.

There is also a series of apps dedicated to the most important events that take place in Umbria during the year, just like:

I can’t make a complete list of all the apps included in this multichannel app because they are too much, but if you’re planning a trip in Umbria don’t forget to have a look at them, I’m sure you can find everything you need.

These Apps are available in free download for iOs and Android and usable even in English, of course!