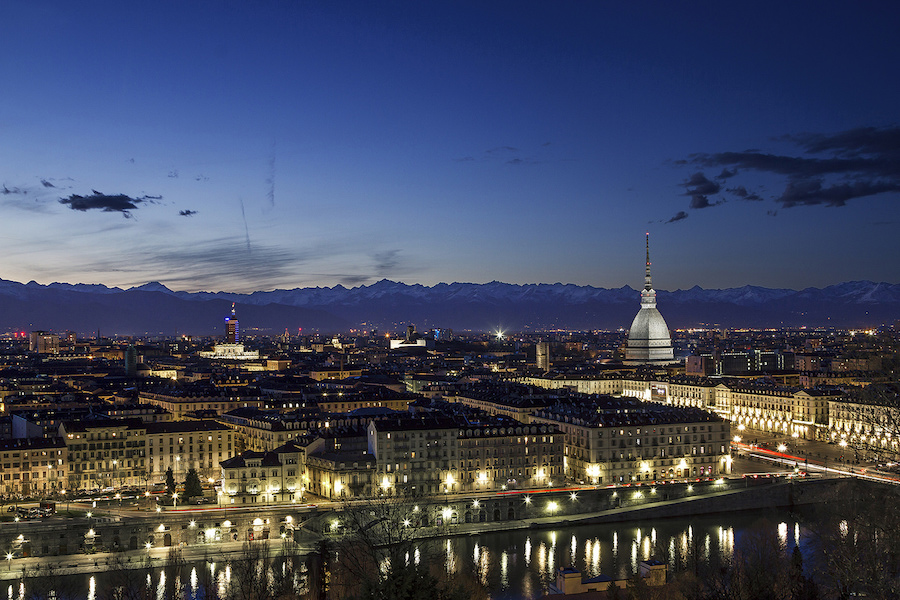 How do magic and Turin go together?

Is Turin really the stage of a struggle between good an evil? According to some yes, as they see the city as situated on magical triangles. Others know that hell’s doors are hidden in Turin or even the Holy grail. You might wonder how that goes together with Turin’s function as Italy’s industrial hub for automobile production and former Olympic host. I wondered the same and went for a walk in Turin’s centre in search of evidence.

The town of Fiat, a wonderful Egyptian museum and baroque architecture as place for dark magic or even the Holy grail? What is this all about? Could the fog entering town in winter from the Padan plain be the reason? Or overworked factory workers searching for compensation from the daily tread-mill? Fact is that Turin has fascinated writers and scientists already for some time. Positioned on the course of three rivers and the thrilling setting at the foot of the Alps Turin already possesses natural magic. Philosopher Roberto Carretta attests his home town literary qualities and names three examples: Erasmus of Rotterdam arrived in Turin as a young alchemist and later switched his studies to theology. Jean-Jacques Rousseau converted to Catholicism in Turin and philosopher Friedrich Nietzsche spent his last clear and happy days in Turin.

Like always it is best to see for yourself. With our guide from Welcome Piemonte we start our exploration of mystical Turin in its baroque centre. From Piazetta Reale (King’s Square) we enter the Royal Church of San Lorenzo with its octagonal cupola built from 1668 to 1687 by architect Guarino Guarini.

The Theatine monk Guarini was not only an architect but also a trained mathematician and thus able to create strictly geometrical patterns in his architecture transcending mystically into space. The so inclined may see demons’ faces where others see simply the beauty of geometry. Two Royal Palaces instead of one

Like all squares in Turin’s centre the Royal Square (Piazzetta Reale) is the result of the town’s baroque restructuring as royal residency by the House of Savoy. The rectangular streets are based on the original Roman grid of streets. The Royal castle (Palazzo Reale) and Castle Square (Piazza Castello) point of origin of the central axial streets Via Roma, Via Po and Via Garibaldi. Castle Square at their ends is visible from afar and thus put to stage effectively. I stand on Piazzetta Reale and look up into the grey Turin sky trying to feel the battle between good and evil that is supposed to take place right here. Exactly here, at the gate between Piazzetta Reale and Piazza Castello with the twin statues of Castor and Pollux supposedly runs the border between good and demonic town, Piazzetta Reale being the centre of white magic. But the sky only continues to present its cosy grey and my stomach starts to rumble. I fail to emphasise anything magical. I turn around to Palazzo Madama, the former residence of Christine of France, Duchess of Savoy. What is going on there? The “Madama” – Christina of France Duchess of Savoy was a powerful woman and took for herself what she needed, including her own castle Palazzo Madama just 100 metres away from the Royal Castle. In her later days she became interested in alchemy and is said to have supported alchemist experiments in her palace’ cellars. You might have guessed it already, her spirit is still wandering through the halls of Palazzo Madama revelling in remembrance of wonderful proms held during her time. However, as a monarch of Savoy Christina of France took intelligent decisions. She created a stronger connection with France, reorganised the duchy’s finances and had many new buildings constructed. Examples are the design of Piazza San Carlo and the church of Santa Cristina. Turin’s most important ikon – and more?

One room in the Royal Church of San Lorenzo hosts an exhibition of the Turin Shroud (Sindone), the most important ikon of Turin. The 4.36 m long and 1.10 m wide linen displays the shape of front and backside of a 1.80 m tall bearded man who possesses injuries stemming from crucification as performed by the Romans. The Turin Shroud has first been mentioned in the 14th century. Radiocarbon dating points to an origin no earlier than the 12th century. Shrouds with similar transparent depictions have been found and originate in the 14th century as well (as does the painting technique). I had heard and read about the shroud, but when I saw its foto in the exhibition I was wowed by the intensity of its depiction. Ever since the photographed negative is known (which shows the depiction much better), beholders have been equally impressed by the shroud. And where is the connection to the Holy grail? The two powerful legends were first brought together in a medieval poem based on the apocryphal Gospel of Nicodemus equating the Holy grail with the shroud of Jesus of Nazareth or Turin Shroud. Sara, our knowledgeable guide from Welcome Piemonte, knows all about the open questions about the shroud’s dating and doubts about its authenticity. Very fast I have made my decision – to keep the discussion about authenticity of the Turin Shroud on the sidelines. Nothing for me can lessen its evocative power as an ikon.

Thank you to Welcome Piemonte for inviting me to immerse myself into the secrets and symbols of Turin. There were many more that I could not mention here without writing a book 😉 It is a wonderful and interesting way to discover the past and present of the city.

3 Replies to “Turin’s symbols and secrets”