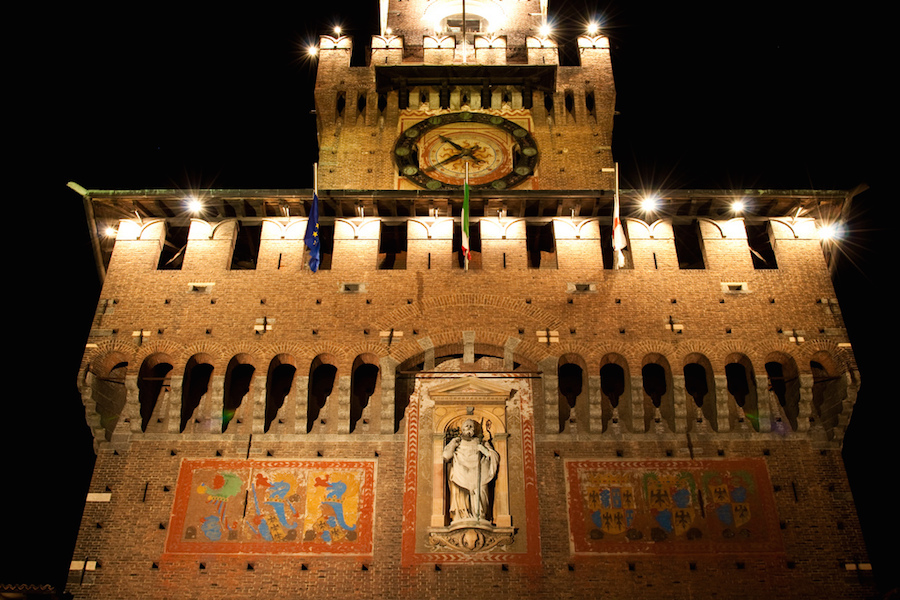 And you are back to the Middle Age!

Lombardy is the region that together with Veneto witnessed the birth of the Medieval communes in Italy, therefore it’s no surprise that boasts a large number of ancient castles and villages.

Lombardy’s history is indeed linked to the domination of the Longobards, the Spanish, the Austrians, the French and the Venetians; castles and fortresses were essential to defend againsts invaders.

Fulcrums of power were the Sforza and families in Milan and the Gonzaga in Mantua but Medieval castles were scattered all over Lombardy. The highest concentration is however in the areas around Brescia and Bergamo, rich in fortifications because of their location close to the mountains, usually preferred access point for invaders.

Basically it’s impossible to list all the castles in Lombardy – they are so many! – but some of them are so amazingly beautiful and historically remarkable that I cannot help mentioning them (and you cannot not visit them).

Talking of the castles in Lombardy the first one I have to mention is Castello Sforzesco in Milan, surely the most impressive and famous in Lombardy. It is the one of the most well-known symbols of the Medieval and Renaissance Milan. Built starting from 1368 by Galeazzo II Visconti, turned from fortress into noble residence, the Masters of Milan lived there till the XVI century when it was turned again into a military citadel. Today it is an important cultural center and museum.

Not far from Milano city there are other Medieval castles worth visiting: the castles of the Visconti family in Abbiategrasso, Binasco and Buccinasco, but also in San Colombano al Lambro and Peschiera Borromeo, the latter still surrounded by a moat, important testimonials of Milan’s ancient history. The castles of the Visconti family cover also the provinces of Pavia, Lodi and Monza, once under the Duchy of Milan.

One of the most well-known and amazing castles in Lombardy is the Gonzaga castle, in Mantua, part of the Gonzaga mansion. Built on the ruins of a Medieval church and finished in 1406, was for the military defense of the city. After the Austrian occupation it became a maximum security prison.

To the north, the territory between Brescia and Bergamo is spread with castles, like the castle of Brescia, one of the major attractions in town. Out of town are the castle of Bedizzole, Breno, Capriolo, Desenzano and Iseo, on Lake Iseo.

Bergamo is also rich in amazing ancient castles. Besides the castle S. Vigilio, on the top of the Upper City, of which remains only a few bastion, in the territory of Bergamo there are remarkable castles like the one in Malpaga, residence of military leader Bartolomeo Colleoni, the castle of Marne, Cologno al Serio and Bianzano. The latter is particularly important because every year it relives on occasion of the historic representation and the Medieval feast ‘Alla corte dei Suardo‘ (that takes place between late July and early August, one of the most attended events in Lombardy).

Where will we be the next time?

2 Replies to “My personal list of castles in Lombardy”