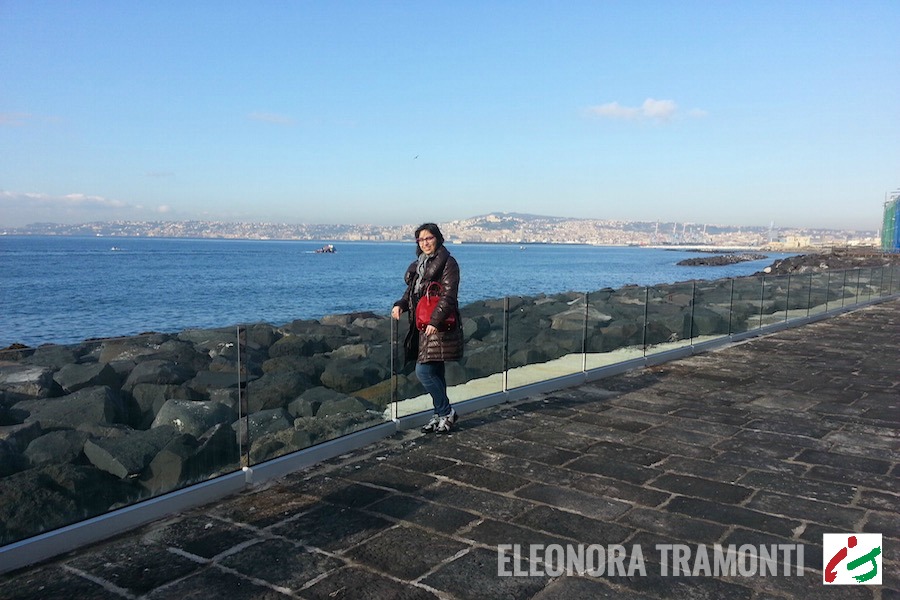 Why should you visit Naples?

I have never been to Naples.

I live in Ancona (Le Marche region), in central Italy. It is easier for me to visit the north of Italy instead of the south. I have visited the most important Italian cultural and art cities, like Rome, Florence, Milan and Venice. But I have never been to Naples. Such a stupid choice! How could I miss a wonderful city like Naples?

I was there for the first time 2 weeks ago. Baia di Napoli invited Italian Storytellers to take part into a press tour, whose aim was discovering the off the beaten path sights in Naples. The programme was simply exciting and I could get to know deeply the origins of Naples.

Baia di Napoli is a project fostered by the Cultural heritage Ministry and carried out by two local associations. They had to analyse flows of tourism in Baia di Napoli area, understand weaknesses and try to connect existing local tourist operators to promote the bay as a whole. Naples bay includes 25 municipalities: you can understand how wide is the area involved in the project.

Before telling you what I did in the 4 days, I would like to give you 4 reasons to visit Naples.

This is absolutely the first reason.

Have you ever heard of pizza? Yes, pizza. Naples is the homeland of one of the world-famous Italian dishes, but it has been known outside the city from the 19th century. Maybe the word ‘pizza‘ comes from the Greek ‘pita‘ (i.e. baked) or the German ‘Bissen‘ (i.e. bite). Never mind!

The important thing is that if you want to eat a real pizza you need to travel to Naples. Everywhere else in Italy you can find pizzerias showing a sign claiming ‘vera pizza napoletana‘ (real Neapolitan pizza). But it is absolutely false. Even if the pizza maker is great and the ingredients are good enough, the flavour will be different. The first time you eat Neapolitan pizza, don’t waste time to choose your favourite type: order a Margherita. Only eating this type of pizza you can taste the real flavour.

Do you know why the pizza with tomato sauce, mozzarella and basil is called Margherita? The legend says that Raffaele Esposito created this kind of pizza for the Italian queen, Margherita di Savoia, visiting Naples in 1889. For years, people believed to this legend, but recently it was discovered that this pizza already existed at that time.

In the list of the reasons to visit Naples, I put ‘people’ at the second position.

Neapolitans are considered people who don’t want to work and also disposed to criminality and dishonesty. Please stop thinking this about them!

I am sorry you cannot understand Italian and least of all Neapolitan language – it has been declared World heritage by Unesco -, but there is something that I cannot explain to you. It comes out from the way they talk to you, they solve problems and they live their life. Neapolitans are well-known in Italy for their ‘arte di arrangiarsi‘, that means they always find a solution to every kind of problem they bump into. This is one of the particular aspects of Naples culture.

Being Neapolitan is a state of mind.

I didn’t know before I visited Naples, that this city is a melting pot of different art styles. My first hours in the city brought me from Renaissance to Contemporary art. Just a few kilometres from a place to another. You can’t believe how full of artworks, monuments, churches and so on is Naples. Ask for an art period, you will find it in Naples. It is a cultural point of reference for the entire Europe.

Artworks are the tangible proofs of the great past the city lived. Naples was the first harbour on the Thyrrenian sea of the Roman empire. It became the capital of the Naples Kingdom and afterwards of the Kingdom of Two Sicilies. You cannot imagine how many artists passed by the biggest centre of southern Italy.

Naples has to be visited not only from above, but also underground.

First of all, you can discover the catacombs. Yes, not only in Rome there are catacombs. Naples has an underground world made of necropolis. I was amazed by what I found underground. Catholics were persecuted here too and they created a place where to bury their deads. They were facilitated by the yellow tuff, which is crumbly and easy to dig.

Going under the church of Santa Maria del Purgatorio, a secret world will open in front of you. It is the world of capuzzelle – little heads in Neapolitan. I don’t want to reveal the story of capuzzelle for now, but… this site is worth a visit.

Finally the subway, because Naples has a subway. You cannot miss the stops along line 1. I saw Toledo stop and it is so astonishing. It won a prize for the most innovative use of underground spaces at the International Tunneling Association. Previously Toledo stop was choosen by Daily Telegraph and CNN as the most beautiful European subway. Besides there are other stops such as Dante and Università.

These are my 4 reasons to visit Naples in Italy, but… which are yours?