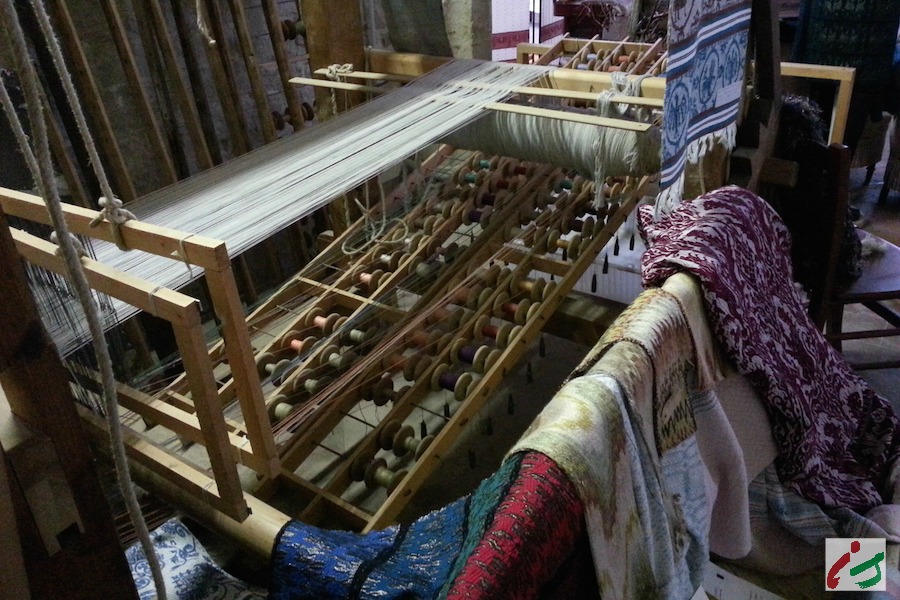 Perugia’s artists and their handicraft.

Today I will lead you in the very heart of Italy: Perugia.

Our tour will be an unconventional tour because we will visit no monuments, no churches, no galleries. We enter into 4 artisans’ workshops in the main city of Umbria region. Would you come with me?

I lived near Assisi for 4 years and I went to Perugia many times, but never for visiting it. I mean, I was a student and I was much more interested in what to do at night. This city has an exciting nightlife. There are different types of pubs and discos thanks to the presence of the University. After dinner when it is warm, thousand of young people stroll along Corso Vannucci, the city’s main street.

Apart from its nightlife, Perugia is an interesting city from a historical point of view. The first settlement dates back to the Etruscan period. It was under Roman and then Byzantine control. In the 12th century, Perugia became commune and in 1139, the University was founded. During 16th century, this Umbrian city was one of the most important art centres in Italy. How many artists lived there!

This creative spirit is still alive. It is testified by the handicrafts producers in the region. In Perugia, you can recognise it by watching an artisan working in some little-scattered workshop throughout the city centre.

Are you ready to start this tour?

Here above I give you the map of the tour I am going to describe.

The starting point is Piazza Italia, the bus hub of the city centre, where Corso Vannucci begins. In about a 20 minute walk we reach Giuditta Brozzetti workshop. Then we go back but passing through Via dell’acquedotto, a street above the aqueduct built in 13th century and from where you can enjoy an enchanting panorama.

In Via dei Priori we can meet one of the 100 emerging designers in the world, Sandro Gonnella. Walking a bit more upwards along the street, we will stop at a pottery workshop to learn how to produce ceramic. We will end the tour in a particular workshop, Studio Moretti Caselli, where glass walls have been produced since 1859.

When you arrive at this place, you cannot imagine what you will find. Stepping inside you will enter in a kind of magic world made of past, tradition and handicrafts. The workshop is situated in the 1st Franciscan church dedicated to Saint Francis. The saint slept and preached here. The church was bought by the Brozzetti family at an auction sale when a famous majolica factory went bankrupt.

Giuditta Brozzetti was the grandma of Marta Cucchi, the woman who owns the workshop today. She will take you by the arm to let you know the world of weaving like a kind of Cicero. She will tell you the story of her family and what her grandma did. She will explain how a loom works and how it is changed the weaving year by year.

You will be completely fascinated by it!

Could you imagine that in a room large 3 or 4 square metres there is a man who sells his creations to world-famous VIPs? Neither could I. But I had to change idea when I discovered Ozona little workshop. If you like sunglasses you wish to be there. If you must wear glasses, this is your wonderland.

I couldn’t resist wearing a pair of Ozona sunglasses thinking that that particular model is unique. Sandro likes to define himself “the tailor of eyewear” because he creates his fantastic products like a tailor. I can’t describe the emotion of wearing a pair of his glasses for me that I like odd things!

Have you ever thought how many degrees you need to cook pottery? More than 900! An oven for pottery takes 12 hours to reach the right temperature and 16 hours to cool down. Maria Antonietta told me this when I visited her workshop.

Her story started when she was 16 and begun to paint pottery in Deruta, one of the most important pottery centres in Italy. In 1986, she effectively became an artisan and today she has her own workshop where you can find some pretty pottery objects on which Umbrian landscapes are painted.

If you ask to her, she will explain how she creates pottery stuff. This work consists in many different steps. After the creation, there is the first cook in the oven to let the pottery becoming tough. Then the object is dunked in the white glaze to be painted. Afterwards, pottery is cooked again.

Our tour is coming to an end but first another one-of-a-kind ‘artist’, Francesco Moretti. He created stained glass windows for important Umbrian churches and his family inherited his precious skills.

One of their most famous glass windows representing Michelangelo’s Last Supper is situated in the Forest Lawn Memorial Park in Los Angeles, California, among the many reproductions of Renaissance artworks that are kept here.

In the workshop, you can admire the stained glass window made for Queen Margherita of Italy in 1881. Francesco wanted to demonstrate that it is possible to create a portrait with glass too. The glass window is still in the workshop because the Queen never took it due to the explosion of cholera in Naples, the ancient Italian capital.

For where to sleep in Perugia, take a look on Booking.com

If you are looking for tourist information, here is Perugia’s official tourist website.