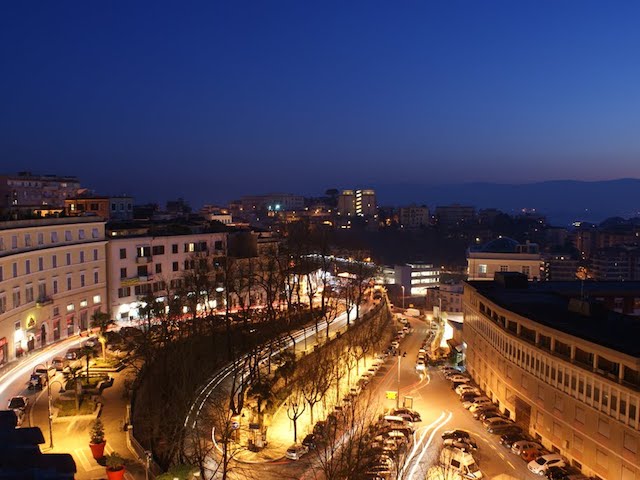 Which are the stages?

It’s about to start the Giro d’Italia, the most important cycling race in Italy. 3,450 kilometers along Italy, through towns, cities and all the beauty the country can offer.

2 stages are expected to take place in Lazio region. The first one will stop at Montecassino and the second one will start from Frosinone. But what stands in the back of each stage?

The capital of Ciociarìa area

Frosinone is the capital of Ciociaria (an area lying to the south-east of Rome). This city does not lack of attractions that are able to enchant tourists. Whether you are looking for nature, culture or lifestyle, Frosinone can offer you the answer to your desires.

The little old town can be visited on foot. You will enter the city from the gate of the ancient Gothic walls dating back to the 14th century, which give access to the Castrum Frosino. Porta Romana, seat of the guardhouse of the city, is located in Piazza Garibaldi and on it you can see some basalt stones of an ancient Roman road.

There are many monuments to visit in the town: from the Prefecture Palace, rebuilt on the ruins of the ancient seat of the Apostolic Delegation, to the monument of Renaissance’s heroes, both located in Piazza della Libertà. The monument is a work of the well-known ‘Ciociaro’ maestro Ernesto Biondi and in the same square stands the church of St. Benedict built in 1134 and rebuilt in 1800 using two overlapping architectural styles: Gothic and Ionian. The church of St. Benedict is the only art gallery in the old city. Inside are preserved paintings from 600 to 800. In the apse you can admire an elliptical altarpiece of St. Benedict of Nursia in Baroque style.

Climbing the bell tower you can see 2 small bells of the 18th century made by the old factory Cacciavillani and the 18th century bell of the old Civic Offices, which is today Provincial Post Office, together with the old coat of arms of the city of Frosinone.

‘Ciociara‘ gastronomy in Frosinone lets you experience the influences of Neapolitan’s and Abruzzo’s cuisine, but, like the rest of Lazio’s cuisine, uses mainly simple farm ingredients.

The flagships of this kitchen are the home-made main courses: the famous Strozzapreti, the Maccaruni and calascioni, stuffed with ricotta and spinach. We should also mention the excellent Aniene trout and various lamb dishes.

Montecassino, where every building tells of a different era, overlooks a beautiful valley of Lazio.

In Montecassino what is less known is the Polish war cemetery. It is located near Montecassino abbey. It contains 1052 corpses from the Polish 11th army corp. A semi-circle made of crosses to collect all the victims of the ‘Valley of Death‘ in the bloody battle that took place during the Second World War. An air that smells like burning candles and scented flowers, an entry boulevard verdant with austere cypresses and two guarding marble eagles watch the eternal sleep of this generous soldiers.

Right across from the cemetery, St. Benedict of Nursia established his first monastery in 529. The life of the Abbey was frequently involved in political and religious disputes, suffering the wrath of the powerful such as in 1230 when Frederick II expelled the monks and got the abbey transformed into a fortress, or in 1799 when it was sacked by the French.

Nature also played its part in 1349 when an earthquake destroyed the Abbey of Montecassino and what survived of the beautiful church built two centuries earlier was the foundations. Rebuilt in 1366, in 1512 all the monastic buildings were renewed, most likely on a design by Antonio da Sangallo ‘the Younger’. The works continued until 1727 with many work stoppages, when the great new basilica was consecrated by Pope Benedict XIII. The bombing of 1944 almost completely destroyed the monument that stood between the two armies, but however the most important bibliographic and memorabilia archive had already been put in safety.

A place that also hides a lot of secrets… things that now belong only to the memory of those who experienced them, which now are looking down on us from above.