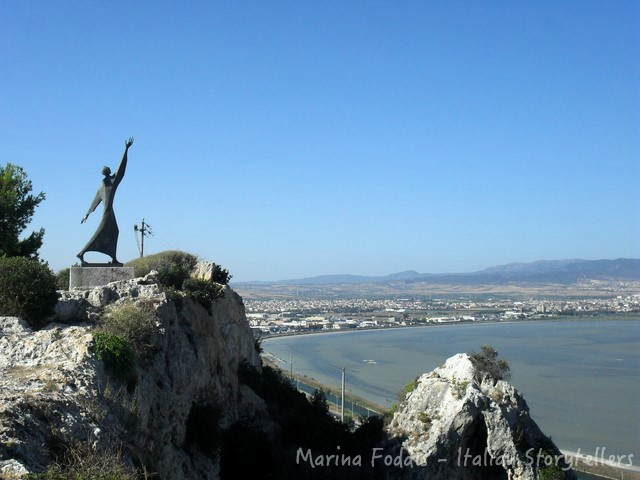 A visit to this beautiful city is unmissable!

With almost 153,000 inhabitants Cagliari is the most populous city in Sardinia.

It is located in the South-East of the island and is a crucial point for trade with the Italian peninsula and with the other countries of the Mediterranean area. It has revised an important role in history, it has passed through the Roman and Spanish dominations which left on territory unmistakable signs, especially in architecture.

Cagliari is also candidate as ‘the European Capital of Culture‘ for 2019, as well the city of Perugia in Umbria. During 2019 its creative and cultural personality could be showed to other European countries through events, exhibitions and special occasions.

A one-day trip in the city

I have been in Cagliari several times so, according to my experience, I want to suggest how to see some of the treasures of the city in one day.

I advise you to start your visit from Via Roma, in the district ‘Marina‘, one of the oldest in the city, tied to the port. This wide street hosts the Palace of the Regional Council of Sardinia, the railway and bus station and many shops from major brands.

By moving towards North, through Largo Carlo Felice, you will arrive in Piazza Yenne, characterized by the presence of palm trees and ice cream parlors. This is one of the most popular nightlife places for young people and students.

From here, after shopping along Via Manno, you can reach the Rampart of Saint Remy. This is made by white limestone on the ruins of the medieval walls built to defend the city. A double staircase and the triumphal arch lead to the top where you will find the majestic terrace built in the early XX century and from which you can admire a unique panorama of Cagliari. The Rampart is also equipped with an elevator and a covered area where exhibitions are staged and numerous events are held in it.

In the same quarter called ‘Castello‘ is located the Elephant Tower, a symbol of the area. The tower is 10 meters high and you can visit it purchasing a ticket, and going through several wooden stairs that lead you to the top from which you will enjoy a 360 degree view. It was built on the commission of the Pisan consuls who ruled the area in 1307, for defensive purposes. The symbol of the Elephant, represented by a statue placed on a shelf of the tower, is linked to the city of Pisa.

Moving towards the North-West of the city you will meet a very ancient place: the Roman Amphiteater.

The Roman Amphitheater was built on the slopes of the hill ‘Buon Cammino‘, during the period of Roman domination. The arena, in an elliptical shape, was used for gladiatorial or animals combats and for plays. All around stood the auditorium, the area reserved to the public. The amphitheater is not in its original form because over the centuries it was used as a quarry from which people took building materials at no cost. Thanks to an efficient restoration today the area can accommodate performances and outdoor concerts.

As last step, you can go to the Botanical Garden, located a few meters from the Amphitheater. The garden is owned by the University of Cagliari, and covers an area of 5 hectares. It was opened in 1866 and designed by prof. Giovanni Meloni Baylle. It contains species of trees and shrubs typical of Sardinia and the Mediterranean area for a total of about 1,000 plants, as well as aquatic plants and papyrus.

You will fall in love with Cagliari, I’m sure!

2 Replies to “A walk in Cagliari city center”