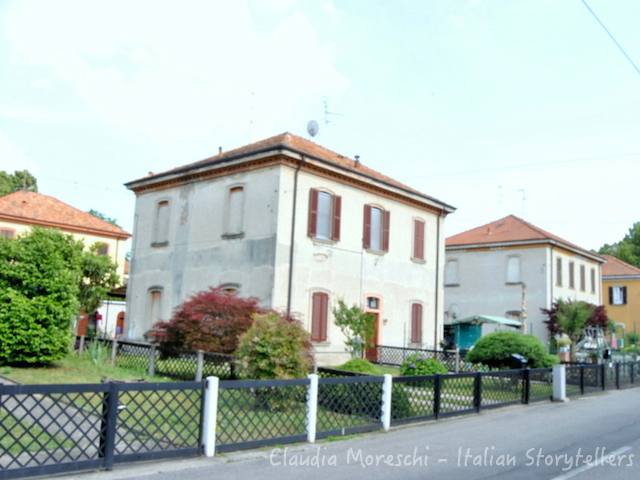 One of the best preserved examples of industrial workers’ village in the world.

If you happen to be on your way from Bergamo to Milan (or vice versa) there’s a place you just can’t miss nearby: it’s Crespi d’Adda, a village that, due to its peculiar historical and architectural relevance, is ranked among the World Heritage Sites by UNESCO.

Everything started in 1875 when businessman and patron Cristoforo Benigno Crespi bought some land between Capriate San Gervasio and Canonica d’Adda, close to the river Adda, to build a cotton mill. The project was aspiring: together with the factory, Crespi meant to create a real village to house some of the workers and their families. Similarly to what was already happening in the Second Industrial Revolution’s England, the village was equipped with all necessary facilities: a church, schools, a cemetery, a hospital (right in front of the factory), a sports area, a theater, a fire station as well as houses for the working-class families (each with garden and orchard) and villas for directors and supervisors.

Once the day of work is completed, the worker must return with pleasure under his roof: the entrepreneur must take care that he is comfortable, quiet and in peace and must use every means to bring forth in his heart affection and love for the house. Who loves his home also loves his family and his country, and will never be victim of vice and sloth.

His project has a boundless faith in progress, work and industry. In his plans Crespi d’Adda was to be an ideal model of life and productivity, but, unfortunately, turned into an unattainable mirage and underwent a premature and inevitable decay.

During the 1930s, indeed, Crespi d’Adda came under the influence of the international crisis: the utopian experiment lasted for 50 years inexorably ended in 1929. Years later, the factory was bought by another company and continued functioning (till 2003) but Crespi’s initial project had turned out to be a failure.

In the beginning over 3,000 workers worked in the cotton mill factories in Crespi d’Adda, half of which were residents (the other half was hosted in the dormitories in the village). Today the factory is no longer in operation and the village is home to a small community largely descended from those who lived or worked there.

Visiting Crespi d’Adda is a very pleasant experience. Going down the slope that leads to the village, on the horizon, you see the 2 chimneys, placed as they were the sentinels of the factory, the spires of the church (scaled-down copy of the Sanctuary of Santa Maria di Piazza di Busto Arsizio, Mr Crespi’s hometown) on the left, while on the right the Crespi mansion, with its gothic shape of medieval castle. The red terracotta covering of the factory buildings appears right in front of you.

With a short walk you come to the core of Crespi d’Adda: the tidy streets of the workers’ village, with its dozens of square houses, aligned one to another, topped by gardens and surrounded by fences. Farther in the distance the villas of the directors and managers of the factory. At the bottom of the village there is the cemetery, flanked with cypress trees, a spectacular monumental building, definitely worth a visit.

The division is clear: in the east the residential area, arranged in regular parallel straight lines, the area of public utility where you have buildings of public interest and the industrial area, where lies the original ‘Cotton Mill Crespi’ in the far west of the town.

All around the village linden and black locust trees, and, in a 5-minute walk, the river Adda, with its amazing views and pedestrian paths… yes, Crespi d’Adda is the perfect spot for a day trip and an initiation into the religion of work, the main driver of industrial and economic development that laid the foundation of the values of the society in which we live today.