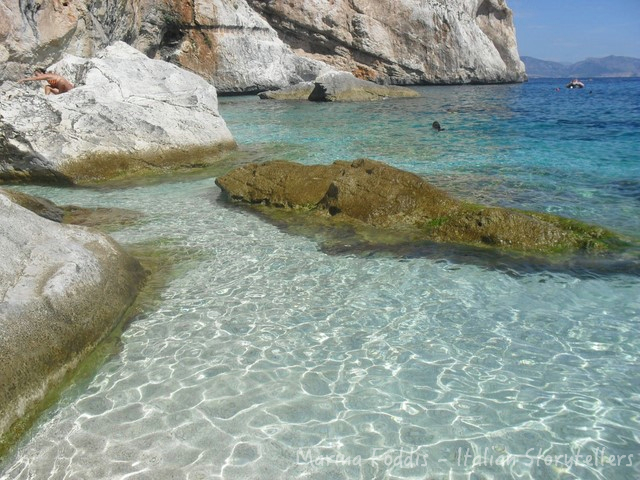 One of the most beautiful bays in the world

The Gulf of Oroseitakes its name from the small town in the province of Nuoro, which marks the upper boundary of the area, while on the South the boundary is marked by the promontory of Monte Santu, on the east coast of Sardinia.

Orosei, Dorgali and Baunei are coastal towns that are part of the Gulf and which own beautiful beaches and a unique territory, still unspoiled in part.

One of these beaches, Cala Mariolu, belonging to the municipality of Baunei, has ranked among the top 25 beaches in the world rankings in 2014 (18th place), in the opinion of the users of the popular online review site Tripadvisor.

On the north, the beaches are low and sandy, with large pine forests and all of them are accessible by car. Among these are the beaches of Bidderosa, Cala Ginepro, Cala Liberotto and Su Petrosu. The colours that characterize them are the white of the sand and the blue of the crystal sea.

On the south the coast becomes higher and rocky with natural caves that were once a safe haven for boaters and marine animals such as monk seals. Among these cliffs you can also see the typical animals of the Mediterranean: goats, eagles, peregrine falcons, wild boar, etc.

Here you will find many beaches that are only accessible by foot (from Baunei Supramonte) or boat (from Arbatax, S.Maria Navarrese and Cala Gonone): Cala Sisine, Cala Mariolu, Cala Goloritzè, Cala Luna, Cala Biriola, Spiaggia dei Gabbiani. Cala Fuili and Cala Gonone are accessible from the SS125, near the village of Dorgali.

Goloritzè was declared ‘Natural Monument’ and it is now considered a protected area, so it is prohibited to get there by boat.

Near Biriola you can see the pools of Venus, here the sea takes on a turquoise color, typical of the pools.

For further information about beaches, take a look at the Sardinia Tourism Board website.