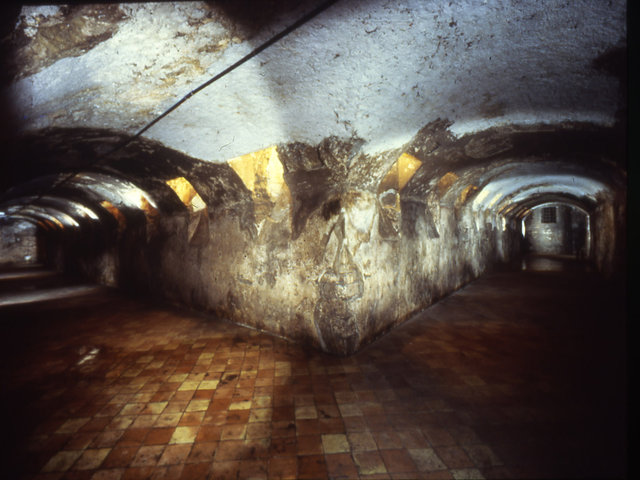 Roman ruins are everywhere in Italy, also in Vicenza.

Vicenza is really a wonderful city.

I love its centre full of buildings made by Palladio, houses that remember a very rich past.

Have you ever heard something about Vicenza in the Roman Age?

Very few people know about the Roman side of Vicenza. In the Romans’ time Vicenza was a typical ‘castrum‘ and its city plan is a perfect demostration of the rules and order of the Roman army. Vicenza had, also, beautiful defense walls and nothing of that period survived.

The only remaining witness of Roman age in Vicenza is Criptoporticus, a very important part of a rich ancient building.

It is a large indoor corridor, probably used to move from the main building to another part of the house.
Vicenza’s Criptoporticus is the only remaining Roman’s one in Italy. Neither in Roma it is possible to find such a structure in such perfect conditions.

This part of the ancient Roman house is now placed in piazza Duomo, about 6,50 m below the surface of the street. It has been found (legend says ‘by chance’) only in 1954 and now it can be visited all year round, but not in July and August. There is no ticket to be paid to admire this place and only guided tours are allowed. It is possible to arrange a visit or ask for some information by giving a call to 0039 0444 226626.

Vicenza Roman Criptoporticus is worth a visit because it is a unique masterpiece in Italy.

A place like this helps imagination to think about this wonderful city of Veneto in its past and ancient period.