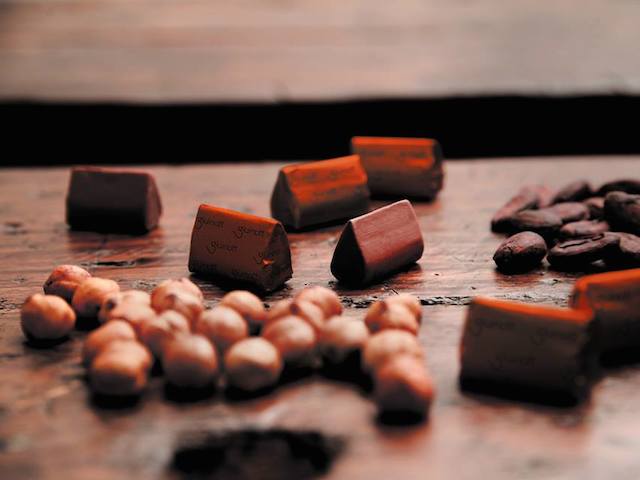 Chocolate in Turin is a tradition.

Autumn and Winter are the best seasons to discover the culinary traditions in Torino and especially I suggest that you visit the city during the Chocolate Festival. CioccolaTO is a annual festival and this year will be from 21th to 30th November and includes music, shows, chocolate tastings, workshops and competitions.

Torino is a European capital of chocolate, thanks to the history of the royal house of Savoy with European noble courts that in mid-1500 introduced the cocoa, that now has a long and important tradition.

Walking through the city is impossible not to get lost by the sweet and delicious aromas of cocoa, vanilla, almonds and toasted hazelnuts or coffee emanating from the chocolate shops in the streets of the old town in which to enjoy the delights and specialties of the traditional sweets made in Piedmont. Just enter one of the typical coffee to find himself in the warm and elegant atmosphere, unchanged from the 19th to the present.

You can find chocolate in several different ways: from gianduiotto, a mix of cocoa and hazelnut, to the cremino, a double layer of gianduia with a heart of hazelnut and coffee, from the praline filled with liqueur to the tipical ‘bicerin‘, a drink of chocolate, milk and coffee with many variations, because chocolate has never satiated!

Did you know? Until 1826 chocolate was served and consumed exclusively as a liquid; it was the entrepreneur Paul Caffarel who stared the production of solid chocolate by mixing cocoa, water, sugar and vanilla.

His Majesty, the Gianduiotto

The Gianduiotto chocolates are the famous symbols of praline making in Turin and Piedmont. Created in Turin, they were first called ‘givù‘ (tidbit in Piedmontese dialect). The current name comes from the mask Gianduja, symbol of the city.

Gianduiotto was invented for historical reasons: the Napoleonic blockade caused shortages of cocoa in Europe and its high prices. To cope with the growing demand, master chocolatiers replaced cocoa with delicious, not expensive and local hazelnuts from the nearby Langa Hills, which were widespread and had also been grown in the past (now they are one of Piedmont’s PGI products).

This new paste, made from sugar, cocoa butter, cocoa powder and hazelnuts, was shaped into chocolate candies. Since then, the Gianduiotto has retained the same shape and size as the original.

I could recommend a lot of places to buy chocolate but for me the best, for its ability to combine tradition with innovation is my friend Guido Castagna.

If you come in Torino, I’ll be glad to suggest you others delicious things to visit in the city!