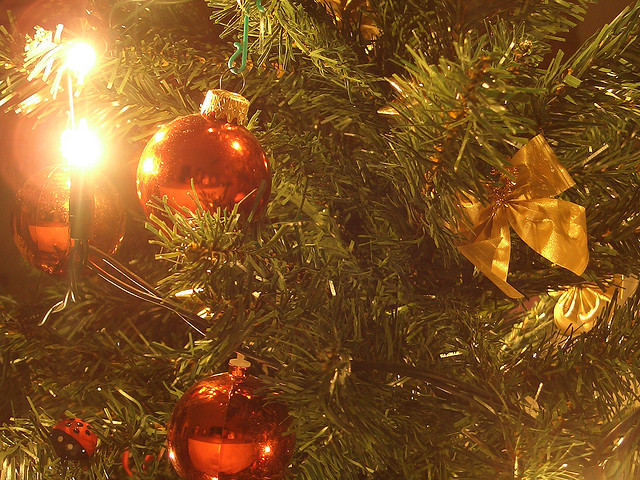 December has started and the Christmas atmosphere has come.

Nowadays Christmas in Italy is especially a commercial event addressed to children who expect to receive the presents they demanded. In fact you can see in the supermarkets the typical sweets and food already in November or you can watch on the tv several ads about brand new games, new technological products, discounts and so on.

If you know the real spirit of the religious celebration, you can realize that this kind of celebration has nothing to do with that. For Catholics Christmas represents the Nativity of Jesus Christ and it is a great moment because it is the representation of the existance of God and the beginning of the New Covenant.

As our religion is a mixture of pagan and religious, also in Christmas we can find both aspects. We celebrate the Nativity in the night between 24th and 25th December, but Jesus wasn’t born in this period. Christian religion developed during the Roman time and at that time the religion of all the people was the paganism. On 25th December Romans celebrated the ‘Day of the Sun’, because until 24th the daylight is shorter than after the 25th. The celebration is connected with the cult of Mitra, the God of war.

The Roman calendar was based on 5 seasons instead of 4, like the Greek one, and the year 0 corresponds to the birth of Jesus. Actually Jesus was born in Spring, but the Catholic church to ease the conversion of Romans decided to fix the birth on the same day the Romans already had a celebration. This decision is the reason why the split between the Catholic Church and the Orthodox took place. New Years’ Eve is the only celebration the two Churches share.

Obviously Babbo Natale (i.e. Father Christmas) doesn’t exist, but if he should exist he has to be connected with the personality of Saint Nicolaus. The colour which distinguishes the saint, also attributed to the Christmas festivity, is the green. In fact the color of the bishop Nicolaus was the green with gold fibres. Green and gold are the colours of Christmas, but the globalization and the first advertising stereotypes of the second postwar added another colour: red. Generally people thinks that Coca-cola used this colour first, but other companies did it before.

The introduction of the presepe (i.e. the nativity scene) is attributed to Saint Francis of Assisi. In 1219 the friar went to the places where Jesus was born and lived. He was really impressed by the visit and felt a special feeling for the moment of Jesus’ birth. In that period he was living in Greccio, a town in the Lazio region. In autumn 1223 Francis was in Rome to receive the approval of the Franciscan order by Pope Onorio III. On this occasion the friar asked the Pope to realize the representation of the Nativity. Nowadays it is most common to prepare the Christmas tree, but in Italy the real Cristian tradition is presepe. The first one was made by Arnolfo di Cambio in 1283 and you can admire it in the Basilica di Santa Maria Maggiore in Rome.

From here starts our Christmas tradition tour along Italian regions. If you want to follow it, just click here and bookmark the link.

Merry Christmas to all of you!