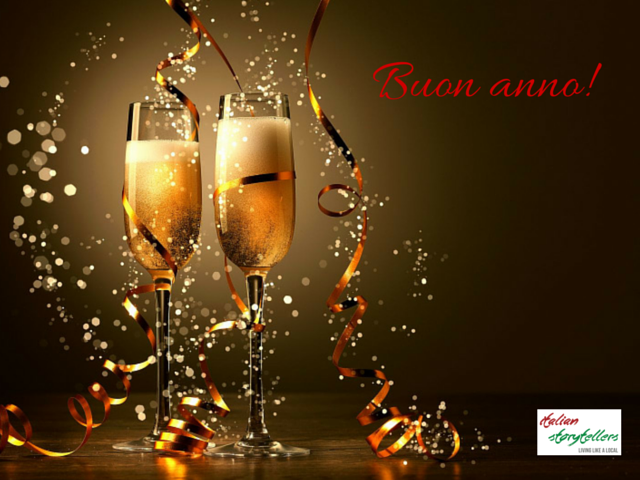 Which are the Italian New Year’s Eve traditions?

‘When in Rome, do as Romans do’ says the proverb and it’s true! The 31st December is celebrated, more or less, all over the world, but in Italy it is the day in which people try to be not alone and to gather for an all night long party in front of a table rich in yummy things. The day after (1st January) is a public holiday and it doesn’t matter at what time people go to sleep. Apart from those people who don’t like to celebrate it (believe me… they exist!), if you don’t have a party to go to, it is considered very sad or you are considered such a loser.

The celebration of New Year’s Eve dates back to the Roman empire and precisely to the worship of Janus. In the Middle Ages there were many dates indicating the beginning of a new year. For example in Pisa a New Year’s Eve is still celebrated on the 25th March, day of the Annunciation. In Venezia it was celebrated on the 1st March coinciding with the awakening of the Nature (Spring season) until 1797. In Puglia, Calabria and Sardinia the New Year’s Eve was on 1st September as the Byzantines did and this date is remembered in Sardinia through the way to say ‘September’ in Sardinian dialect: ‘Caputanni‘ that is ‘caput anni‘ in latin. It was just in 1691 that Pope Innocenzo XII established the beginning of the new year on the 1st January.

Italian people consider the 31st December as the end of the old year. That’s why you can find  many lists about the ending year on magazines. There are lists about the most important events or the best music albums and all the rest. The end of the year is also time to jot down the New Year’s good intentions list, which will be forgot in a few days as usual.

The 31st December, as I told you before, is the time to party all night long. How do Italians celebrate the end of the year?

The first thing to know: red is the color of this day. If you have to choose your clothing, don’t forget to dress something red. There are 2 reasons we use red:

The 2nd thing to know: lentils can’t be missed. Generally the menu of the New Year’s Eve dinner includes at the end lentils with zampone or cotechino. This two foods are made of pork’s foot, but if you don’t like it you can also eat sausages. It is a tradition to eat lentils because they are synonimus of ‘making money’ in the new year: the more lentils you eat, the more money you make. It is not true of course. By the time it is just a tradition and each dinner ends with this dish.

The 3rd thing to know: in each restaurant and bar parties are holding otherwise they are closed. You can’t go out on 31st December and having a different dinner. Actually when you book a table in a restaurant you have to do it in advance and you are obliged to eat the entire menu. Prices goes from 50,00 € per person up and it is always included in the price the musical entertainment. New Year’s Eve dinner without music and dance is not a good one.

The 4th thing to know: you can celebrate New Year’s Eve in town squares. Once you could watch the party on the national TV broadcasting, because the party was holding only in one town. Nowadays many towns from North to South organize free New Year’s Eve party with famous Italian singers starting at 8 or 9 pm.

The 5th and last thing to know: at Midnight everyone sets off fireworks. Whether you celebrate at home with your friends or in any parties you go, fireworks are a must-do. Actually in the days before New Year’s Day children use to set them off and while you are walking along the streets or near public parks you could have a scare. If you don’t like to set off fireworks, you can watch other people doing it.

This is the last article of the 2014 and I hope you liked our travel throughout Italy. We tried to let you discover the hidden Italy and much more is still concealed. I invite you to subscribe to our newsletter to be updated with our news and our travels.