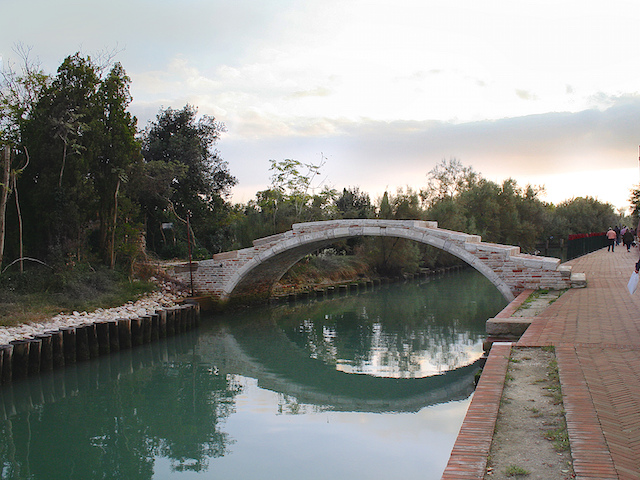 A day off from Venice cruising to Torcello.

Torcello is my favourite island amoung the ones of Venetian Lagoon (or in Italian ‘Laguna Veneta’). It is, maybe, the oldest human settlement in that part of Veneto. Full of history, arts and good food, it is a destination not so common and still hidden and preserved.

It is well known that Venice had its origin around 300 A.D., when Attila and his barbarian tribes arrived on the lowlands of Veneto. People that were peaceful living moved to , in order to preserve themselves from the attacks of the Huns and their terrible king. This period is commonly know as the ‘birth of Venice’.

The island of Torcello lies at the Norther side of Laguna, farther to the city center than other islands as Murano or Burano. The signs of the ancient settlements are clearly visible on the small territory.

Which are the momuments or places to be visited?

First of all the ancient Cathedral of Maria Assunta. The founding of this church belong to XI century and the interiors are humble but wonderful.

My favourite place is the Church of Santa Fosca, that is built in the oriental style. The plant is a Greek cross and the interiors are modeled on the structure of an orthodox church. This building testifies the proximity of Laguna Veneta to the Eastern side of Europe.

Torcello is known also for an ancient bridge called Devil’s Brigde. The structure of this construction is tipical of the early days of Venice.

Furthermore, Attila and the Huns left anyway their traces there. On the island there is a special throne, made of stone, that is supposed to be the Attila one. Will it be true or not?

There still is something, in Torcello, that can be appreciated more than other parts of Venice or Laguna Veneta. I’m talking about silence and nature that here are like a king and a queen. Torcello is a kind of magical place, so similar to Venice and, at the same time, so different and more magical. If it could be possible!