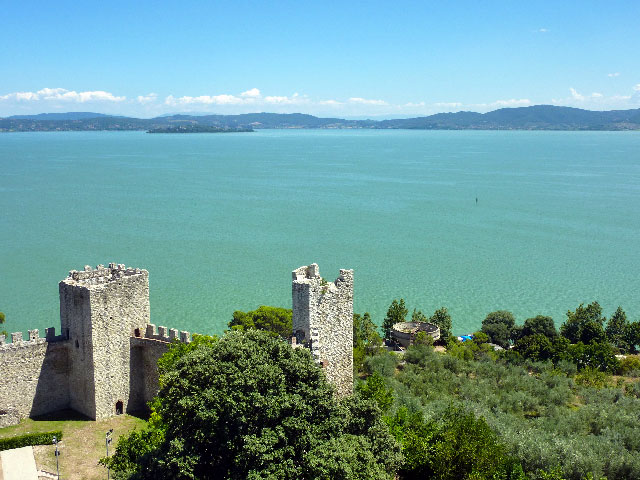 Some romantic places to enjoy Lovers’ Feast in the land of Saint Valentine!

The pleasant mixture among art, culture and beautiful landscapes that portrays Italy, make this country the perfect destination for a romantic escape, especially now that St. Valentine’s Day is coming.

You could surely choose among a zillion of breathtaking places all around Italy, but don’t forget to start from Umbria: Saint Valentine was born in Terni, where he lived and died precisely on 14th February 273 a.D. He was a Christian bishop and became the patron saint of the city and protector of lovers, in the world collective consciousness. After the decapitation of Saint Valentine, his body was buried in a pagan cemetery: it was discovered at the beginning of the XVII century and in that place was built the first Basilica, where his body still rests under the central altar; the Church, with its beautiful seventeenth-century façade and the elegant portal, includes a little underground museum with findings coming from the ancient cemetery.

Every year, Terni celebrates this anniversary with a lot of cultural, sport and religious events that animate the city: in the vicinity of the Basilica there is the traditional fair with about 300 stands, while in the city center – from 11th to 15th February – there’s the greedy kermesse ‘Cioccolentino‘ dedicated to chocolate, haute patisserie and other Italian specialties, accompanied by didactic laboratories, shows, music, cultural events and much more.

The most romantic religious celebration is the ‘Feast of the Promise’: engaged couples from all over the world, who have already fixed a wedding date within the coming year, exchange a solemn promise of love in the Basilica.

The rich calendar of events also includes the San Valentino’s Marathon, held on 15th February: it crosses the enchanting landscapes of Valnerina, including the magnificent Cascata delle Marmore: a 165 meter-high masterpiece of nature and human engineering conceived by the Roman Consul Curio Dentato in the 3rd century B.C. and then became an unmissable stopover for the travelers of the Grand Tour. Beyond the traditional observation points of the upper and the lower belvedere, you can explore the fascinating corners of the Park from the paths and their panoramic areas, such as the Lovers Balcony: it’s a little terrace situated at the end of a tunnel, exposed in front of the first drop of the falls. You’ll need a raincoat there because you’ll be almost wet under the flow!

Not far from the Marmore Falls there is the Piediluco Lake: its location among the mountains makes it look like an alpine lake and its shining surface reflect the crowd of short colored houses with narrow evocative alleys. In other words, it gives you romantic glimpses and panoramas perfect to share with your better half!

Talking about water itineraries, how could I forget the beautiful Lake Trasimeno and its surroundings? The panorama you enjoy on its shores is absolutely heavenly: the silence and the tranquility of the water outlines against a sweep of gentle hills, woods, corn fields, vineyards and olive groves. The lake is overlooked by some beautiful hamlets of Etruscan and Roman influences and its waters house 3 islands; Isola Maggiore is the only one that is inhabited and conserves the original appearance of a fishermans’ village. The splendor of the landscape and the testimonies of its medieval past give an unaltered, timeless charm to the island, reachable from Passignano, Toro and Castiglion del Lago by ferry boat.

If you want to step back to the past, have a walk in Gubbio: it’s one of the most ancient cities in Umbria and one can breathe the charming atmosphere of medieval ladies, knights, duels and solemn ceremonies; all around you medieval monuments, perfectly conserved, testify a bright and cultured past. Piazza Grande is the centre of the old town, all the most significant buildings stand here and its terrace gives a wonderful panorama over the city; from here, you can go up to the Cathedral, the Palazzo Ducale and the Duomo, where the view embraces Gubbio and the Mount Ingino above.

For further romanticism you could have a stroll in Perugia: follow the Etruscan walls of the village and arrive at Porta del Sole, the highest spot of the city, where a wonderful panorama unwraps under your eyes and embraces Borgo Sant’Angelo and Borgo Sant’Antonio, from east to north. Piazza San Francesco al Prato, instead, offers an unusual overview over vegetable gardens and lawns; it’s the perfect place to distance yourself from the noises of the town and relax with your partner, laying down in the green. And if you are in Perugia, then don’t forget to give a famous Bacio Perugina to your loved one!

Finally, hung up on a tuff cliff, Orvieto stands out against the blue sky; the fascinating labyrinth of medieval alleys is imbued with appetizing aromas of the local cuisine and leads you to a multitude of enchanting places worthy of a visit, from its Etruscan origins to the magnificence of the Middle Ages, well represented by the amazing romanic – gotic Duomo. Art, culture, excellent food, beautiful panoramas over the surroundings and a relaxed rhythm of life make Orvieto the perfect place where to enjoy a calm and delightful romantic weekend with your partner.