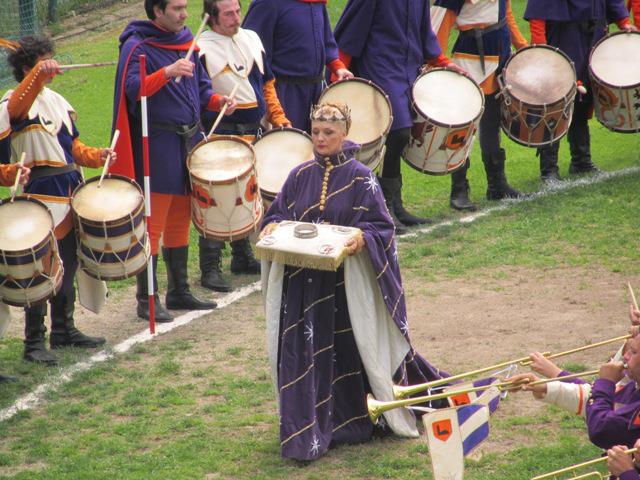 Have you ever seen, or read, the ‘Chronicles of Narnia’?

Narni has a very ancient history: this area was already inhabitated in the Paleolithic and the Neolithic Ages, but the first settlement was achieved by Umbrians at the beginning of the 1st Millennium, and they called their village Nequinum. The name was changed into Narnia by the Romans, who conquered the town in 299 B.C. and turned it into a Roman colony with a strategic role along the Via Flaminia, the consular road which connected Rome with the Adriatic Sea; in this period, even the magnificent Bridge of Augustus was built and became an important trade and communication crossroad.

During the Middle Ages Narnia became a flourishing centre and lived an economic and cultural prosperity; the town was incorporated into the territories of the Church and required protection and defence: in this period the double wall was built, while on the other side it was inaccessible thanks to the slope of the rocky Nera Valley.

A stroll in the ancient town

A significant part of the ancient walls is still conserved, just like its 5 gates: Porta Ternana, in particular, with its twin towers built by Sixtus IV leads you inside the fascinating old town centre, starting from Piazza Garibaldi, the ancient Roman pool.

Here, the Duomo of San Giovenale stands over the square; it was built in 1047 but consecrated in 1145 by Pope Eugenius III, and the votive chapel housed the first burial of the town Patron Saint, a tombstone dating back to 558.

From Piazza Garibaldi you reach the central Piazza dei Priori, the home of the town’s six priors, built near the civic tower in the 14th century – together with the Colonnade and the Loggia designed by the Gattapone, these buildings were erected over the ancient Roman Forum; in the center of the square there is a beautiful fountain with an inscription which runs around the bronze cup, indicating the melting date and the name of the Podestà of that year, Francesco d’Alviano.

Not far from here there is Via Mazzini, where you find the Church of San Domenico: it was the first cathedral in town, built by the Dominicans in 1304, and shows striking architectural dimensions; it is currently a modern auditorium embellished with medieval pictorial cycles.

But that’s not all! There’s a surprising underground place that lies directly under the Church: it’s Narni Sotterranea, discovered in 1979 by a group of 6 young speleologists: under the ruins of a Domenican Convent there was a rupestrian church of the 12th century, rich of frescoes representing the symbols of the Evangelists, the Coronation of Mary and, above all, several portaits of the Archangel Michael.

The fascinating journey also leads to a large chamber that was probably used by the monks as ‘Rooms of Torments’ used for the horrible interrogations to the prisoners of the Inquisitions – this is the name mentioned in some documents coming from the Vatican Archives; don’t miss the small cell with enigmatic graffiti of one of the prisoners, Giuseppe Andrea Lombardini, incarcerated there in 1759.

Talking of sacred places, don’t miss the Church of San Francesco: it was built after the death of the Saint, and it’s richly decorated with 14th, 15th and 16th century frescoes; Romanesque and Gothic styles are well combined there, while the Eroli Chapel has a 15th century architecture and it’s decorated with paintings inspired by Giotto’s frescoes of Assisi.

Next to this Church, there is a place that gathers all the testimonies of Narni’s history: I’m talking of the Civic Museum of Palazzo Eroli, which contains archaeological findings from the Prehistory to the Roman times, from the Middle Ages to the Renaissance, with a precious collection of paintings from the XIV to the XVIII century coming from dissolved religious orders.

And it conserves even an Egyptian mummy and a sarcophagus!

The best of the museum are the ‘Coronation of The Virgin’ by Domenico Ghirlandaio, and the ‘Annunciation’ by Benozzo Gozzoli, both commissioned by the Cardinal Berardo Eroli, the most important patron of the city in the 15th century.

Last but not least, you will certainly see the beautiful Rocca Albornoz situated on the top of the town; it was an impressive military fortress built in 1371 but it had many uses during the centuries: residence of the Governator, garrison of soldiers and then prison of the Papal State until the Unification of Italy.

A step back into the Middle Ages

If you’re planning to visit Narni, this is the perfect period: from the last week of April till the second one of May (23rd April – 10th May) the city adorns itself for a riveting historical reenactment, the Corsa all’Anello. This is one of the many historical festivals in Umbria.

The atmosphere you can live in Narni during these celebrations is absolutely stunning: the Middle Ages are alive all around you, striking decoration fill up the streets and the squares of the centre, enlighten by candles and lanterns, musicians and costumed actors invade the narrow alleys and tasty aromas come out from the high-spirited taverns. You can’t miss it!