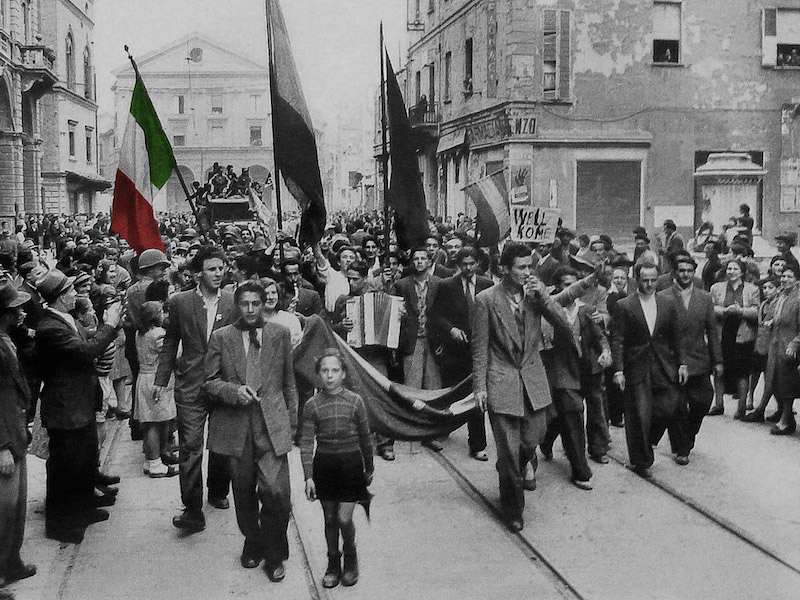 Why do we have Liberation Day in Italy?

Among the Italian bank holidays there is one on 25th April. On that day public offices (and quite all the private ones) will close, but why?

I try to explain you the importance of this day by going back to the past.

Why do we celebrate?

In the 20s the dictatorship of Mussolini started. It was exactly in 1924 when socialist deputy Giacomo Matteotti was killed and Mussolini declared to be the guilty party. You can think that a dictator is just a dictator, but Mussolini did some important public works that let the country develop some areas of Italy.

Apart from that Mussolini did also unforgivable actions and he allied to Hitler with everything that this involved. In Italy, for example, ghettos still exist, but today they just remember us what happened in those years.

The liberation wasn’t completed in just one day. It started on 8th September 1943, when it was declared the armistice. We called this day simply the ‘Giorno dell’armistizio’ (i.e. Armistice Day), but it is also called ‘Armistice of Cassabile’, a town in Siracusa district. The armistice meant the Italian surrender without conditions. The act entered into force as it was proclamed.

It was 6.30 pm on 8th September 1943 and the general Dwight Eisenhower communicated it on Radio Algeri followed by the announcement of marshal Pietro Badoglio at 7.42 pm on EIAR (today is Rai tv).

From this moment on it was formed a ‘Resistance’ struggled by partisans. The main peculiarity was that everybody got together to defeat the Nazi-Fascist power. Mostof them  was under the CLN (National Committee of Liberation). On 25th April CLN made a plea from the headquarter in Milan with the purpose of rising up in any city still occupied by the Nazi-Fascists imposing the surrender.

This is our liberation day.

Normally Italians don’t care much about this celebration. Actually most Italians don’t know what happened on that day and during all that period. Maybe this depends on how little we feel ourselves part of the country. Maybe we are ignorant at all. But if you talk to partisans or people who lived those days, they will not keep a straight face.

If you would like to retrace the places where partisans lived for months and where they tried to hold out against the invaders there are many locations where the Resistenza left its mark and there you can better understand how it was life in those days.

If you wish to make a pilgrimage to the place where our Constitution was born, go to the mountains where partisans died, in the prisons where they were imprisoned, in the fields where they were hanged. Everywhere an Italian died for redeeming the freedom and dignity of our nation, go there, oh young people, with your thought, because it’s there that our Constitution was born.

Throughout Italy many different events will take place. Usually every Mayor puts a garland at the local War Memorial, in every town, like the President of the Republic who does it at the Vittoriale in Rome.

4 Replies to “Italian liberation day… what do you need to know?”