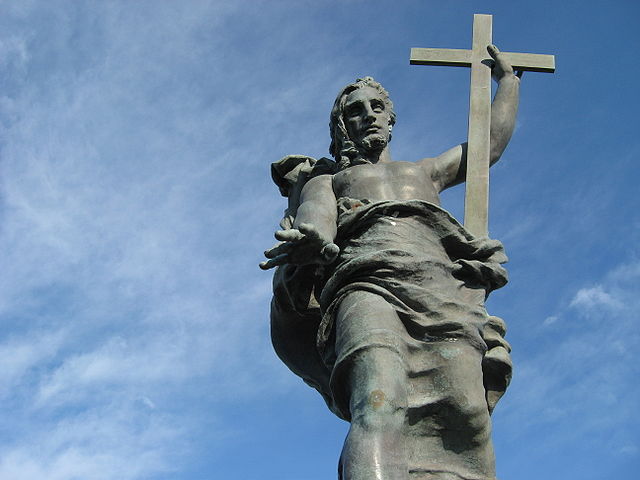 We already read about this feast on our web site, but we were talking about the Redeemer Feast held in Venice on the 3rd Sunday of July. There are many Redeemer Feast in our country, one of them is held in Sardinia at the end of August.

Nuoro (Nùgoro in Sardinian language) is one of the provinces of Sardinia, located in the heart of the region at the foot of Gennargentu, in the area called ‘Barbagia’. Here the writer Grazia Deledda, Nobel Prize for Literature in 1926, was born.

This town is very much tied to the mount behind it: the Monte Ortobene. In fact on the top of Ortobene you can admire the Redeemer bronze statue, placed there in 1901 out of the desire of Pope Leo XIII, for the Jubilee of 1900. The statue is 7 metres high and its weight is about 2 tons.

The folk and religious festival that will be held from 17th to 29th August is dedicated to the Redeemer, particularly on the 29th day local people will pay homage to the statue.

In these days of celebration will be organized parades of masks, knights and traditional costumes, dance evenings, song contests, poetry contests, Masses and various performances.

The programme is characterized by many important moments:

Taking part in this event means you can explore the town and live an experience that you will never forget!

How to get there: you can fly to Olbia airport or take the ferry boat from the peninsula to Sardinia island. Then you can take the bus to Olbia
Where to sleep: Hotel Sandalia and B&B Silvia e Paolo.

One Reply to “Feast of the Redeemer in Nuoro: be present!”